In My Mailbox is a weekly post hosted by Kristi who's over at The Story Siren. This week I got a nice selection through and I also had a little spend on clothes/jewellery yesterday, yay! I know this is meant to be dedicated to books but I love my new dresses so wanted to share :). 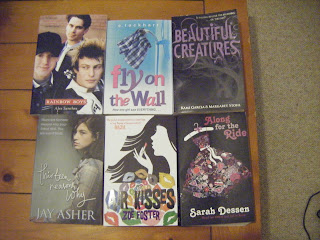 Rainbow Boys - Alex Sanchez
High school's hard enough as it is without falling in love with your best friend - who's sweet on the most popular guy in school. Or feeling like your parents would throw you out if they knew you were gay. Or being afraid of who you are... Meet three friends - the popular, good-looking Jock Jason Carrillo with a beautiful girlfriend but still unsatisfied; the friendly, easygoing, intellectual but confused Kyle Meeks; and the independent, opinionated, defiant joker Nelson Glassman, hopelessly in love. Follow them through their second semester in Rainbow High.

Fly on the Wall - E. Lockhart
At the Manhattan School for Arts, where everyone is 'different' and everyone is 'special', Gretchen Yee feels ordinary. She sits alone at lunch, drawing pictures of spider-man, so she won't have to talk to anyone; has a crush on Titus but won't do anything about it and has no one to hang out with when her best (and only real) friend Katya is busy. One day, Gretchen wishes that she could be a fly on the wall in the boys' locker room - just to learn more about guys. What are they really like? What are they really cretins most of the time? "Fly on the Wall" is the story of how that wish comes true.

Beautiful Creatures - Kami Garcia, Margaret Stohl
In Ethan Wate’s hometown there lies the darkest of secrets . . . There is a girl. Slowly, she pulled the hood from her head. Green eyes, black hair. Lena Duchannes. There is a curse. On the Sixteenth Moon, the Sixteenth Year, the Book will take what it’s been promised. And no one can stop it. In the end, there is a grave. Lena and Ethan become bound together by a deep, powerful love. But Lena is cursed and on her sixteenth birthday, her fate will be decided. Ethan never even saw it coming.

Thirteen Reasons Why - Jay Asher
Clay Jensen returns home from school one day to find a mysterious box, with his name on it, lying on the porch. Inside he discovers 13 cassette tapes recorded by Hannah Baker - his classmate - who committed suicide two weeks earlier. On tape, Hannah explains that there are thirteen reasons why she did what she did - and Clay is one of them. If he listens, he'll find out how he made the list - and it'll change Clay's life forever.
Air Kisses - Zoe Foster
Is love really more important than lip gloss? Hannah Atkins - the girl most likely to be sporting streaky fake tan and a wobbly trail of liquid eyeliner - has bluffed her way into the position of beauty editor at "Gloss" magazine. Just as she's carving a path into the gorgeous world of guerrilla air kisses, she reads about her boyfriend and another girl in the gossip pages of the local newspaper. Then she gets dumped. By text. Vowing to claw back some dignity and make her ex regret what he's done, Hannah adopts some hardcore rules - look fabulous, act fabulous, steer clear of unsuitable men. But as her resolution starts to slip away, she finds herself having to decide on more important things than the perfect mascara.

Along for the Ride - Sarah Dessen
Auden has always felt like the odd one out. Since her parents' divorce she's shied away, studying lots and staying out of the party scene. But now Auden's realized there must be something more and, just like that, she changes everything. Moving to her dad's house opens up a whole new world of beach parties, food fights - and simply having fun. As she gets to know herself - and a secretive boy with dark, brooding eyes - can Auden begin to let go and finally feel like she truly belongs?

And then a couple of pictures of the pretty new things I bought this week :) ... 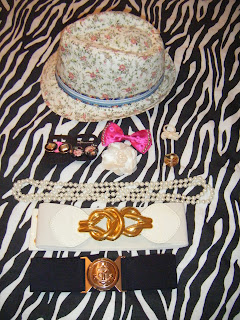 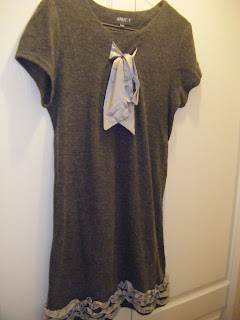 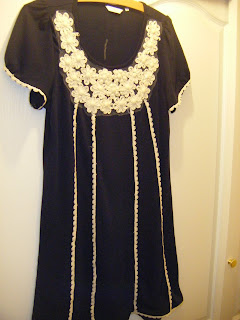 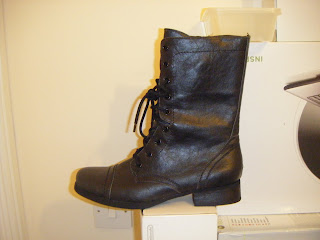 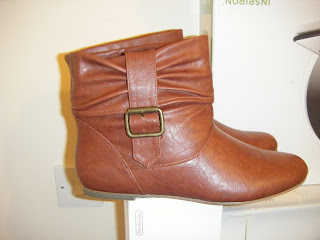