Got Books? - 7 Books Up For Grabs *International*

So Got Books? is finally here! Yay! After weeks of waiting over 100 blogs are participating today and tomorrow to bring you hundreds of giveaways - awesome, right? Head over to the main page here to check out the full list of blogs. They've helpfully split the blogs into international competitions, US only and US and Canada only so go and get entering!

For my giveaways I'm actually going to give you FOUR chances to win so the books I have up for grabs are:

(Please see below the rules for the summary of each book)

Please click here to fill out the form and please read the rules (below) before entering. Thanks and good luck!x

- 1st prize: 3 books of your choice
- 2nd prize: 2 books of the remaining choices
- 3rd prizes: 2 people win one book
- Only one entry per person (though you can have a maximum of 12 entries through the form)
- Please spread the word through Twitter and your blog if you can - I'd be really, really grateful and please link back to me (@carlybennett on Twitter) if you post so I can see who's posting what and send good karma your way
- This contest closes at midnight (London time) on July 24th (well, 25th I suppose, technically) and the winner will be announced shortly after and notified by email - if you do win and I don't receive an email response within 72 hours I'll choose another winner.
- This isn't a rule but please note the covers of Cycler and Before I Die are different to those I posted with their descriptions

Fill out the form here 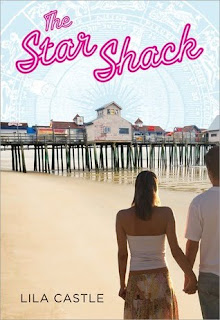 When Annabelle dares Pete to open a summer business on the Boardwalk generating personalized horoscopes, their fast-paced, hilarious bickering soon rises to a fever pitch. The he-said/she-said advice of the Star Shack is wildly popular and seems able to fix any relationship problem… except their own.

But when one of Annabelle's star charts helps catch a thief, Pete might have to admit that the stars could really hold the key to the future…and to his own heart. 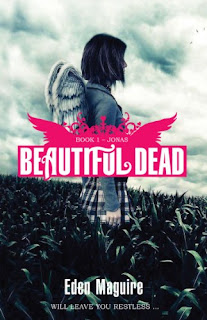 Something strange is happening in Ellerton High. Phoenix is the fourth teenager to die within a year. His street fight stabbing follows the deaths of Jonas, Summer and Arizona in equally strange and sudden circumstances.

Rumours of ghosts and strange happenings rip through the small community as it comes to terms with shock and loss. Darina,Phoenix's grief-stricken girlfriend, is on the verge. She can't escape her intense heartache, or the impossible apparitions of those that are meant to be dead. And all the while the sound of beating wings echo inside her head! And then one day Phoenix appears to Darina.

Ecstatic to be reunited, he tells her about the Beautiful Dead. Souls in limbo, they have been chosen to return to the world to set right a wrong linked to their deaths and bring about justice. Beautiful, superhuman and powerful, they are marked by a 'death mark' - a small tattoo of angel's wings. Phoenix tells her that the sound of invisible wings beating are the millions of souls in limbo, desperate to return to earth.

Darina's mission is clear: she must help Jonas, Summer, Arizona, and impossibly, her beloved Phoenix, right the wrong linked to their deaths to set them free from limbo so that they can finally rest in peace. Will love conquer death? And if it does, can Darina set it free? 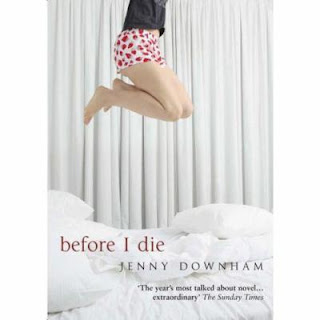 Before I Die - Jenny Downham

Tessa has just months to live. Fighting back against hospital visits, endless tests, drugs with excruciating side-effects, Tessa compiles a list. It’s her To Do Before I Die list. And number one is Sex. Released from the constraints of ‘normal’ life, Tessa tastes new experiences to make her feel alive while her failing body struggles to keep up.

Tessa’s feelings, her relationships with her father and brother, her estranged mother, her best friend, and her new boyfriend, all are painfully crystallised in the precious weeks before Tessa’s time finally runs out. 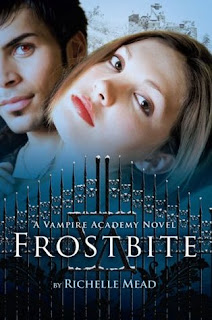 Rose Hathaway's got serious guy trouble. Her gorgeous tutor Dimitri has his eye on someone else, her friend Mason has a huge crush on her, she keeps getting stuck in her best friend Lissa's head while she's making out with her boyfriend, Christian.

But the glittering winter landscape and the posh Idaho resort only provide the illusion of safety. When three students run away to strike back against the deadly Strigoi, Rose must join forces with Christian to rescue them. Only this time, Rose-and her heat-are in more danger than she ever could have imagined. 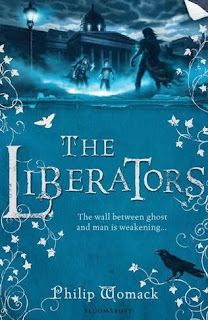 On-board the tube moments later, the carriage next to Ivo's is overcome with panic and when they enter the next station the passengers disembark to find that the stranger's body has been brutally dismembered. Ivo guesses that perpetrators must want the object, and if they find out he has it, he will be their next target. But the attack on the tube is part of a larger scheme to bring chaos to the heart of London.

As the capital seems in danger of sliding into anarchy, Ivo faces a race against time to break the ancient power of the Liberators, a power that has lain dormant for centuries but now threatens to destroy society itself. 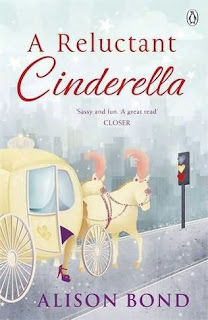 Everyone's got a history but Samantha’s is particularly murky. What’s more, she hasn’t got to the top of her game without collecting a few enemies along the way. So when she meets a man who might be a little bit dangerous, someone she’s finally close to loving, is there anyone to tell her what a terrible mistake she’s making?

Will Samantha find her happy ever after? And if her carefully hidden past comes into the light,will her fairytale coach turn back into a pumpkin? Samantha Sharp needs to find a way to cling onto her sparkle 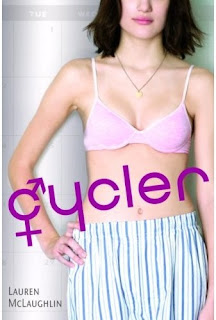 As far as anyone at her high school knows, Jill McTeague is an average smart girl trying to get her dream date to ask her to the prom. But what no one knows, except for Jill’s mom and dad, is that for the four days Jill is out of school each month, she is not Jill at all. She is Jack, a genuine boy—complete with all the parts—who lives his four days of the cycle in the solitude of Jill’s room.

But Jack’s personality has been building over the years since the cycling began. He is growing less and less content with his confinement and his cycles are more frequent. Now Jill’s question about prom isn’t about who she will go with, but who will she be when the big night arrives?
Posted by CarlyB at 07:46