Hello hello everybody! So today I'm here to tell you about two exciting releases that are out this week that I can't wait to read - The Poison Diaries by Maryrose Wood and The Fallen 2: Aerie and Reckoning (The Fallen #3-4) by Thomas E. Sniegoski. They're both out on July 20th (US release) so look out for them coming to the UK soon! 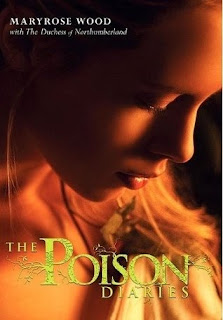 When a traveler brings an orphan to their cottage, he claims the boy has special gifts that Thomas might value. Jessamine is drawn to the strange but intriguing boy, called Weed. Soon their friendship deepens into love. Finally, Weed shares his secret: He can communicate with plants. For him they have distinct personalities—and some are even murderous. From the locked garden the poisonous plants call to Weed, luring him with promises of deadly power.

When Jessamine falls inexplicably ill, only Weed’s relationship with the Poisons can save her. But Thomas is determined to exploit Weed’s abilities, even if it risks Jessamine’s life—or drives Weed to the brink of madness.… 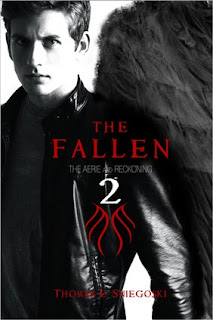 The Fallen 2: Aerie and Reckoning (The Fallen #3-4) by Thomas E. Sniegosk

Summary: Destined for Heaven or Hell?

Aaron's senior year has been anything but typical. Half-angel and half-human, he has been charged to reunite the Fallen w

...more Destined for Heaven or Hell?

Aaron's senior year has been anything but typical. Half-angel and half-human, he has been charged to reunite the Fallen with Heaven. But the leader of the Dark Powers is determined to destroy Aaron—and all hope of angelic reconciliation.

Struggling to harness the incredible force within him, Aaron trains for the ultimate battle. With the Dark Powers building in strength and numbers, their clash may come sooner than he expects. And everyone who's ever mattered to Aaron is now in grave danger.

Aaron must protect the girl he loves and rescue the only family he's ever known. Because if he can't save them from the Dark Powers, how can he hope to save the Fallen?