So, in no particular order, here are the details on four of this week's new releases - feast your eyes people!
Meanicures by Catherine Clark

Summary (from Goodreads): When three best friends get together, the first thing they talk about these days is always the mean girls in their lives. They decide to banish their enemies by holding a ceremony and burning slips of paper with the mean girls' names on them.
But soon afterwards, they discover themselves becoming mean, and they must find a way--with a little help from the owner of their local beauty shop--to reverse the ceremony and revert to the sweet (mostly), kind (if slightly imperfect) personalities. Catherine Clark's first middle-grade novel is a humorous look at the mysterious--and wonderful--nature of friendship. 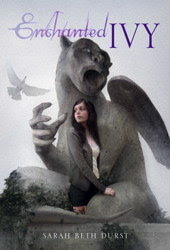 Summary (from Goodreads): What Lily Carter wants most in the world is to attend Princeton University just like her grandfather. When she finally visits the campus, Grandpa surprises her: She has been selected to take the top-secret Legacy Test. Passing means automatic acceptance to Princeton. Sweet!

Lily's test is to find the Ivy Key. But what is she looking for? Where does she start? As she searches, Lily is joined by Tye, a cute college boy with orange and black hair who says he's her guard. That's weird. But things get seriously strange when a gargoyle talks to her. He tells her that there are two Princetons—the ordinary one and a magical one—and the Key opens the gate between them. But there are more secrets that surround Lily. Worse secrets.

When Lily enters the magical Princeton, she uncovers old betrayals and new dangers, and a chance at her dream becomes a fight for her life. Soon Lily is caught in a power struggle between two worlds, with her family at its center. In a place where Knights slay monsters, boys are were-tigers, and dragons might be out for blood, Lily will need all of her ingenuity and courage—and a little magic—to unite the worlds and unlock the secrets of her past and her future.

The Second Base Club – Greg Trine 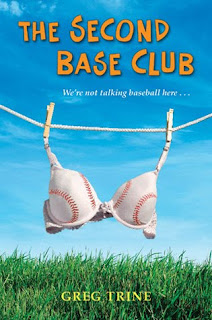 Summary (from Goodreads): Elroy’s got one thing on his mind: girls. In an effort to get to second base, he offers to tutor the hot new girl in math, forms a band with his two best friend (okay, so he gets a face full of tomato for his efforts) and joins the wrestling team.
He’s a little vague on the whole bases thing, but the jocks have a club dedicated to getting there with every girl they can. And now that he’s a jock (sort of), maybe Elroy will find out for himself what it means to be a member of the Second Base Club. 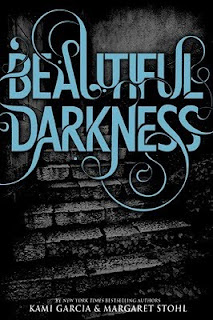 Summary (from Goodreads): Ethan Wate used to think of Gatlin, the small Southern town he had always called home, as a place where nothing ever changed. Then he met mysterious newcomer Lena Duchannes, who revealed a secret world that had been hidden in plain sight all along. A Gatlin that harbored ancient secrets beneath its moss-covered oaks and cracked sidewalks. A Gatlin where a curse has marked Lena's family of powerful supernaturals for generations. A Gatlin where impossible, magical, life-altering events happen.

Together they can face anything Gatlin throws at them, but after suffering a tragic loss, Lena starts to pull away, keeping secrets that test their relationship. And now that Ethan's eyes have been opened to the darker side of Gatlin, there's no going back. Haunted by strange visions only he can see, Ethan is pulled deeper into his town's tangled history and finds himself caught up in the dangerous network of underground passageways endlessly crisscrossing the South, where nothing is as it seems
Posted by CarlyB at 08:00