The Twelve Days of Christmas - Day Nine: Four books I didn't want to read but ended up loving in 2010

I've said this quite a few times but here at Writing from the Tub I try my hardest to broaden my horizons when it comes to reading and seek out titles that are far outside my comfort zone. This year I really expanded the type of books I read and the four books below are a great example of why I try to read different types of books whenever I can.

I did have reservations about reading each of these titles but decided to give them a go. I'm really glad I did and I enjoyed each and every one:

Day Nine: Four books I didn't want to read but ended up enjoying in 2010

Shameful as it is I have to admit that iBoy was the first one of Kevin Brooks' books that I read. The story of a boy that gets hit on the head with an iPhone and develops powers is not the kind of book I'd generally gravitate towards but I really enjoyed iBoy. It was one of my favourite books of 2010 actually and made me realise that taking a chance on the unknown can be a good thing! 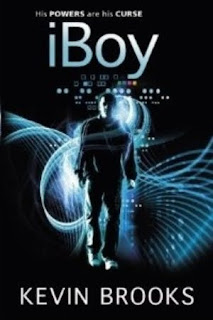 Although I was intrigued by The Adoration of Jenna Fox it was a few weeks after I received the book that I started reading it. I thought it sounded a little too sci-fi for my tastes but I fell in love with the story as soon as I started reading. It's a fantastic book and I'd really recommend it. 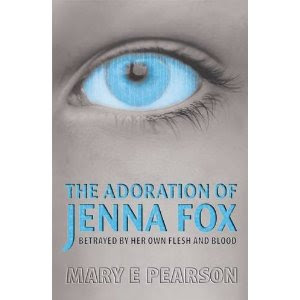 As I've said numerous times on this blog, I'm not a big Twilight fan. I am a vampire fan but more Interview with a Vampire rather than YA paranormal romance - it's just not my thing. However, I read My Love Lies Bleeding on holiday a couple of weeks ago and was blown away. It's brilliant and has renewed my faith in the sub-genre. I've got the rest of the series and I'm really excited about reading them. Although I was keen to read Crank I was worried about reading it as I'd never read a verse novel before so wasn't sure how much I would enjoy it. However, I adored Crank and am now a huge verse novel fan. I've got a stack of them ready to read in 2011 and would recommend them to anybody - they're far more accessible than I ever thought they would be. 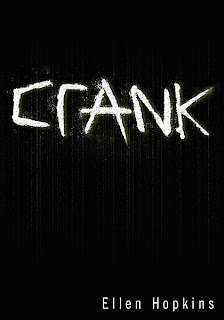 So those are four of the books I enjoyed so much more than I thought I would in 2010. Did any of you approach any books with caution this year? If so, which ones were they and did you end up enjoying them?

Also, the lovely Kylie over at Kylie's Reads and the lovely Keris Stainton (of Della says: OMG! fame) are both posting their own versions of this feature so head over to their blogs to check out their posts :).
Posted by CarlyB at 07:00