So as you may (or may not) have seen the cover of The Power of Six by Pittacus Lore has just been released.

What do you guys think? To be honest I'm not so keen on this one. I was really drawn to the cover of I Am Number Four (the first in the series) and that's what sold me on the book but, if this was the first cover I saw, I don't think I'd want to start reading the series. It just seems a little generic compared to the first cover and I think it makes the books look a little younger and less edgy.

So without further ado, here it is: 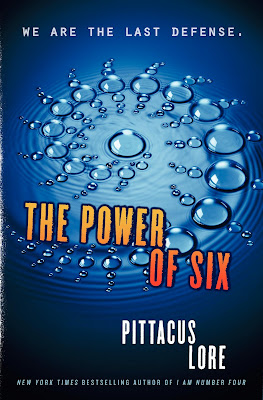