So I like to try and stay up to date with the books I’m sent for review so I’ve decided to write a collection of mini reviews to be posted each week to help me keep up to date. This week I’m featuring mini reviews of Monster Republic - The Judas Code, Kisses for Lula, Girl 16 – Five Star Fiasco, Fairytale Ending and Sin Tropez. 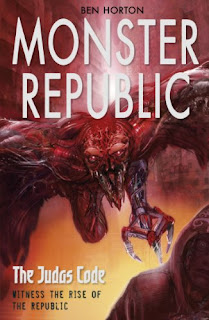 Summary (from Goodreads): The explosion at the Prime Minister's visit to Long Harbour means the cover of the Monster Republic is blown, and they are forced deep into hiding. Lazarus Fry turns his tactics to infiltration, and is confident of their swift crushing. Plus his new pets, the Blood Hawks, are hungry to get their talons into some fresh kill...But Fry hasn't counted on this band of rebel kids' awesome will for survival. When your back is against the wall, the only option is to come out fighting...

My review: The Judas Code is a fun, modern, monstrous romp that I would recommend to younger teen readers (the back of the book says 11+), especially reluctant boy readers. There’s action, excitement a whole host of fantastically written monsters that’s guaranteed to get you hooked on the series.

This is the second instalment but I did find it worked well as a standalone as I haven’t read the first book in the series. The characters are unique and well-developed, the descriptions of the monsters are pure awesome and even hardened monster fans are sure to be terrified of the Blood Hawks – scary! 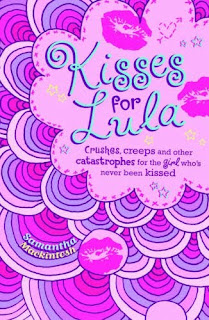 Summary (from Goodreads): This title features the hilarious twisting-turning plots and ludicrous escapades of a brand new star, Lula Bird! Lula Bird is gorgeous, funny and dreading her birthday because you can't turn 16 if you've never been kissed...So why does every boy in Hambledon run a mile the second she bats her eyelids?

The fact is, they fear for their lives. Rumour has it Lula's been jinxed! And it's not as if that's her only problem: Lula thinks she has a stalker, her dad keeps sneaking out at night with a lady's handbag, and a mysterious theft is threatening to bring the town to its knees...

My review: Kisses for Lula is kind of YA fiction that I love: contemporary, well-written and hilarious. Reminiscent of the Georgia Nicholson diaries, Lula is our heroine here and she’s determined to be kissed before her sixteenth birthday. The only problem is that there’s a rumour going around her town that Lula’s been jinxed – hence every eligible boy running far, far away from her. Great.

Lula is great and I really hope there’s another book in the works as I think it would be lovely to see more of her growing up. The subplot of her father sneaking out late at night with a handbag is brilliant and had me laughing out loud over and over again. Lovely stuff! 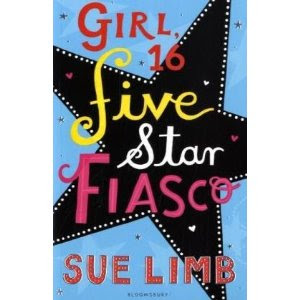 Summary (from back cover): Jess and Fred are an item! Finally! Now they can spend every moment perfecting their comedy routines together. But the path of true romance is a rock one. Fred is becoming increasingly distant… In fact, so distant that he and Jess are no longer on speaking terms. What on earth is going on? Can Jess and Fred stop a fab, five-star friendship turning into a five-star fiasco?

My review: I read Girl, 16: Five Star Fiasco shortly after finishing Kisses for Lula and I loved both stories. They’re right up my street; light hearted, funny and very contemporary. I haven’t read the first story in Sue Limb’s series but I didn’t have any problems making sense of the story or characters, which is great.

Jess and Fred’s relationship is what makes this book so great. Although they do go through issues in Girl 16, Five Star Fiasco, their relationship is real and, importantly, based on friendship. They’re just as happy to sit around having a laugh as they are to be alone as a couple which I really enjoyed reading about, after a slew of Twilight-style epic love stories that seem so over-dramatic and unrealistic for everyday teens.

I'm a newly converted fan of Sue Limb's work and I'll definitely be looking forward to reading more of her work in the near future. Hurrah for Jess and Fred! 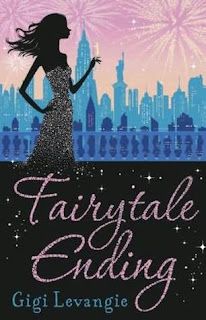 But wait a minute, isn’t that a wicked witch in the distance? Cynthia’s just discovered her husband’s playing away with beautiful TV anchor Lara Sizemore, who’s head over heels in love with Jack. Now she has to decide whether her fairytale is worth trying to save… Will they all live happily ever after – or can only one person have a true Fairytale Ending?

My review: Unfortunately my favourite thing about Fairytale Ending is the gorgeous, sparkly cover art. It really is pretty. But I’m sorry to say the inside contents aren’t quite so sparkly. This is generic chick lit in its purest form and I can guarantee there’s nothing here you haven’t read before.

The writing isn’t bad, the characters are decently formed but I felt no different when I’d finished the book as I did when I started it. I didn’t feel like myself or the characters had been on any kind of journey and I certainly didn’t get drawn into the world Levangie created in Fairytale Ending.

As I said, it’s not a badly written book and if you’ve got a spare couple of hours it’s not going to hurt you to read it but I wouldn’t reread this one or rush out to the shops to buy it – but once again, look how pretty the cover is!

Summary (from back cover): Abena wants a career. Natalya wants a billionaire. Tara just wants to party. Can each girl find what she’s looking for, without losing herself on the way?

My review: Okay, so as I’m sure you can guess from the summary this isn’t exactly deep and meaningful philosophical reading but there’s something about Sin Tropez that I really, really enjoyed. It’s completely shallow, self-centred and vain but it was the perfect antidote to the grey, depressing days that stretch between Christmas and New Year.

Abena was my favourite character of the three. I found her personality infectious and, unlike Natalya and Tara, I did find she had quite a bit of substance to her. So if you’re looking for something to change your view on the world and shake you to your core then you’re probably not going to find it here – but, on the other hand, if you need a pick me up during these cold winter months then don’t overlook Sin Tropez. It’s a fun one.