So I like to try and stay up to date with the books I’m sent for review so I’ve decided to write a collection of mini reviews to be posted each week to help me keep up to date. This week I’m featuring mini reviews of A Gathering Light, Air Kisses, Coming Home, Need and Captivate. 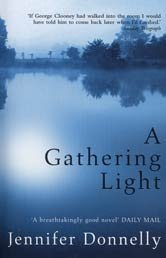 Summary (from Goodreads): Based on a real murder at the turn of the century, this outstanding debut novel is a powerful and moving coming-of-age book. Mattie is torn between her familial responsibilities, her desire to be a writer, and the excitement of a first romance. Her dilemmas and choices are quietly reflected in the life of a young woman found drowned in a lake, a woman that Mattie only gets to know through reading her letters. When finally the tales of Mattie at the drowned girl merge, their stories beautifully combine in a brilliant and perfect conclusion.

My review: The main driving force in A Gathering Light is Mattie’s wonderful, lyrical narration. An excellent protagonist from the outset I just wish the story was as strong as her character. Although I did enjoy A Gathering Light it’s not a book I’d reread again with any urgency. It was intense in places and I did love the entwining of Mattie and the drowned girl’s stories but there was a spark missing from the pages, particularly in the middle of the novel when the story began to drag. 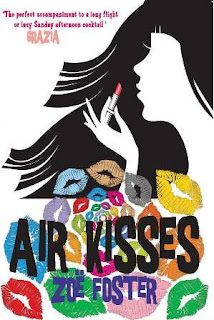 Summary (from Goodreads): Hannah Atkins - the girl most likely to be sporting unblended foundation, orange wrists or a wobbly trail of liquid eyeliner - has bluffed her way into the position of beauty editor at Gloss magazine. Just as she's carving a path into the shiny world of guerrilla air kisses, achingly hip PR campaigns and goodie-bag overload, she reads about her boyfriend and another girl in the gossip pages of the local rag. Then she gets dumped. By text.

Vowing to claw back some dignity and make her ex regret what he's done, Hannah adopts a manifesto of hardcore rules. Don't become best friends with the scary girls at work. Don't drink fourteen glasses of Moët & Chandon at PR launches. Don't go home with inappropriate men. And certainly don't get all besotted with your best friend's brother. As her rules start to slip away, Hannah finds herself having to decide on more important things than just the perfect shade of lip gloss.

My review: When I read the first few chapters of Air Kisses I did find myself doing a little squeal at the beauty tips at the beginning of each chapter – I thought it was a cute little addition that tied in well with the tone of the book.

Now, I have to admit I’m pretty girly when it comes to make up and beauty so I was excited to read Air Kisses, hoping it would be an Ugly Betty-esque romp through the world of fashion journalism. Unfortunately, I don’t think the story touched enough on Hannah’s working environment, which could have been really interesting. Instead, it felt as though the writer focused too much on Hannah’s love life, which ended up taking over the book.

I did enjoy Air Kisses so it certainly wasn’t a bad book but it just wasn’t quite what I was expecting – I’d recommend this to fans of the Shopaholic series. It’s light-hearted, fluffy fun! 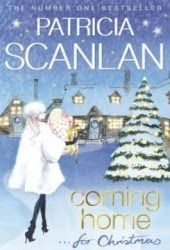 Summary (from Goodreads): Two sisters...two very different lives. Alison's American dream is in tatters. Her highflying career is on the skids in the financial meltdown. Her Upper East Side apartment is now way beyond her means. But pride prevents her from telling her family back home just how bad things are. Olivia is fraught trying to juggle family, career, preparations for Christmas and organize a surprise party for their mother's seventieth birthday. How she envies, and sometimes resents, her sister Alison and her life of excitement and affluence in New York.

Coming home is the last thing Alison wants to do, especially now that she's met a rather attractive, sexy, down to earth neighbour who doesn't believe in 'non exclusive dating' unlike her wealthy boyfriend, Jonathan. But family ties are strong. Alison and Olivia sort their differences, the party throws up a few surprises and Christmas brings changes for Alison that she could never have imagined before coming home.

My review: Alison and Olivia are our two main characters here and, as it says in the summary, both are very different. We have career girl Alison and the more family oriented Olivia, who I have to say I did prefer. While Alison is our protagonist I didn’t find her to be very likeable and I wanted to see more of the family dynamic than Alison’s love life woes.

That said, once the novel hit its stride I did settle into the story and begin to enjoy it much more, especially when we got to see more of Olivia, who I really enjoyed reading about. I have to apologise for the delay with getting this review up as I did read the book back before Christmas. Although it took me a while to warm to Coming Home, I do think this is a great Christmas story, with enough festivities to put a smile on anybody’s face. 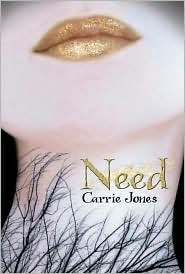 Summary (from Goodreads): Zara White suspects there's a freaky guy semi-stalking her. She's also obsessed with phobias. And it's true, she hasn't exactly been herself since her stepfather died. But exiling her to shivery Maine to live with her grandmother? That seems a bit extreme.

The move is supposed to help her stay sane...but Zara's pretty sure her mom just can't deal with her right now. She couldn't be more wrong. Turns out the semi-stalker is not a figment of Zara's overactive imagination. In fact, he's still following her, leaving behind an eerie trail of gold dust. There's something not right - not human - in this sleepy Maine town, and all signs point to Zara.

My review: As with all paranormal series I was a little (okay, a lot) slow at reading the Need series but with Entice out this week I thought it was about time I caught up. Although the idea of reading three books about pixies really isn’t my thing at all I’d heard so many good things about these books that I thought I’d throw caution to the wind and dive in.

I liked Need. I liked the story, I liked the setting and I loved the gorgeous descriptions. However, my main problem was with Zara – I didn’t particularly gel with her but I did warm to her much more in Captivate. The whole phobia obsession began to grate on me, I thought it was a little overdone and this recent trend of having to make every protagonist ‘quirky’ and ‘different’ is becoming old news very fast, in my opinion.

My final issue was Zara’s dialogue. While her speech did begin to relax as the novel progressed, some of the lines she comes out with in the opening chapters just doesn’t seem realistic speech for a teenager, although it is beautifully written. My case in point, from page eight:

‘‘It’s just the land in Maine isn’t half as lush or alive. It looks like the whole state is getting ready to be buried under snow for winter – a season of death.’’

Really, when was the last time you heard such eloquence from a moody teen’s mouth? 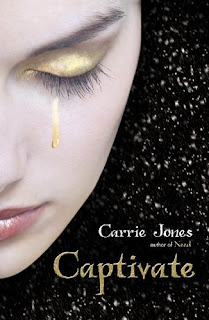 Summary (from Goodreads): Zara and her friends knew they hadn't solved the pixie problem for good. Far from it. The king's needs grow deeper every day he's stuck in captivity, while his control over his people gets weaker. It's made him vulnerable. And now there's a new king in town.

A turf war is imminent, since the new pixie king, Astley, is moving in quickly. Nick nearly killed him in the woods on day one, but Zara came to his rescue. Astley swears that he and Zara are destined to be together, that he's one of the good guys. Nick isn't buying it, though Zara isn't as sure -- despite herself, she wants to trust the new king. But it's a lot more than her relationship with Nick that is at stake. It's her life -- and his.

My review: Picking up where Need left off, we rejoin Zara, Nick and co in Captivate, the second instalment in the series. The pace is definitely amped up a notch in Captivate with Astley, the new pixie king, throwing his weight about and providing a lot of entertainment for us readers.

The addition of Astley was great and I definitely preferred Captivate over Need. Zara became a lot less whiny (though still spouted some Dawson’s Creek-esque dialogue at times) and the story was far more exciting. The book seemed shorter too, which was a slight grumble I had as I wanted the excitement to stretch on for a little longer. Luckily Entice is already out on the shelves so go, go, go!

So have you read any of these books? What did you think?
Posted by CarlyB at 08:00