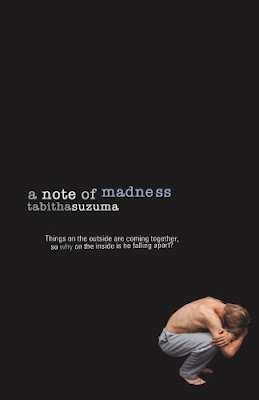 A Note of Madness - Tabitha Suzuma

Summary (from Goodreads): Life as a student is good for Flynn. As one of the top pianists at the Royal College of Music, he has been put forward for an important concert, the opportunity of a lifetime. But beneath the surface, things are changing. On a good day, he feels full of energy and life, but on a bad day being alive is worse than being dead. Sometimes he wants to compose and practise all night, at other times he can't get out of bed.

His flatmate Harry tries to understand but is increasingly confused by Flynn's erratic mood swings. His friend Jennah tries to help, but Flynn finds it difficult to be around her as he struggles to control his feelings and behaviour. With the pressure of the forthcoming concert and the growing concern of his family and friends, emotions come to a head. Sometimes things can only get worse before they get better.

Why it's on my wishlist: I read and reviewed Tabitha Suzuma's Forbidden last year and absolutely loved it so I'd really like to try one of her other novels. 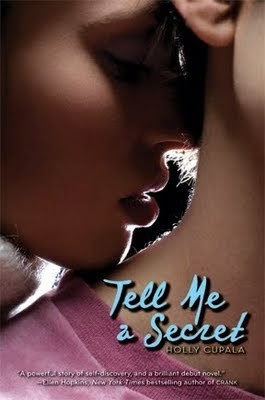 Tell Me a Secret - Holly Cupala

Summary (from Goodreads): In the five years since her bad-girl sister Xanda’s death, Miranda Mathison has wondered about the secret her sister took to the grave, and what really happened the night she died. Now, just as Miranda is on the cusp of her dreams—a best friend to unlock her sister’s world, a ticket to art school, and a boyfriend to fly her away from it all—Miranda has a secret all her own.

Then two lines on a pregnancy test confirm her worst fears. Stripped of her former life, Miranda must make a choice with tremendous consequences and finally face her sister’s demons and her own.

Why it's on my wishlist: I missed out on this one last year and I've heard so many brilliant things about Cupala's writing so I'm desperate to read it! 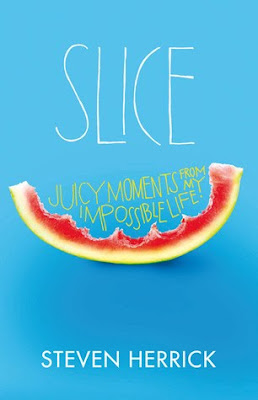 Summary (from Goodreads): Darcy can cope with parents, parties and punch-ups. He can handle his infatuation with the beautiful Audrey, spending quality chess-time with his nerdy friend, Noah, even the misadventures of kayaking on a school excursion. He's a teenage boy, he can deal with it.

If only he'd learn to keep his mouth closed.

Why it's on my wishlist: I'm going to be reading this one as part of the Aussie YA Challenge 2011 and it sounds great, plus, I want to read more books this year written by male authors


*
(Note: Apologies if somebody has already coined this feature title but I honestly couldn’t think of anything else more appropriate – if you named a feature ‘On My Wishlist’ and want me to credit you or change mine then just let me know!)
Posted by CarlyB at 09:30