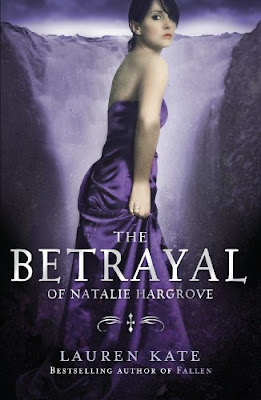 Natalie Hargrove would kill to be her high school’s Palmetto Princess. But her boyfriend Mike King doesn’t share her dream and risks losing the honor of Palmetto Prince to Natalie’s nemesis, Justin Balmer. So she convinces Mike to help play a prank on Justin. . . one that goes terribly wrong. They tie him to the front of the church after a party—when they arrive the next morning, Justin is dead.

From blackmail to buried desire, dark secrets to darker deeds, Natalie unravels. She never should’ve messed with fate. Fate is the one thing more twisted than Natalie Hargrove. Cruel Intentions meets Macbeth in this seductive, riveting tale of conscience and consequence.

My review: I’m not really a fan of summaries that claim a book is ‘something meets something’ as I find the story never lives up to the books it’s supposed to be a cross between but Macbeth twisted with Cruel Intentions is an absolutely perfect description of The Betrayal of Natalie Hargrove. I’ve also seen it be called ‘Gossip Girl on acid’ and a ‘Gothic Gossip Girl’ in various reviews, which are both brilliant as well.

Now, I know the main problem with this one is going to be Natalie, the protagonist. The girl is a bitch. That may be blunt but read a few pages of The Betrayal of Natalie Hargrove and you’ll understand it. However, it just so happens that I love a bitch so I knew from the outset me and Natalie were going to get along just fine.

I’m well aware that most readers don’t warm to vain, superficial, lying bitches so I think a lot of people will have a problem with this book – especially those that are expecting something similar in tone to Fallen, which this is definitely not. I don’t know what it says about me but I couldn’t get enough of Natalie. She’s your run of the mill high school Queen Bee with added spice, who thinks nothing of plying her jock boyfriend with sexual favours to get what she wants or ditching her friends from ‘the bad side of town’ when her mother marries into money and catapults her to the top of the social heap.

Natalie’s sole motivation is to become her school’s Palmetto Princess and when she finds out her long time enemy Justin Balmer may steal the crown from her boyfriend, Mike, Natalie knows she has to intervene. With Mike’s help, she plays a prank on Justin that she hopes will ruin his reputation and seal hers and Mike’s destiny as Palmetto royalty. However, when Justin is found dead the next morning Natalie realises she has to cover up the part she and Mike played in his death, or risk losing everything.

I have to admit I did feel a little sorry for Mike, who clearly wanted a quiet life but got sucked into various schemes by Natalie (okay, massive double entendre back there that I totally made by mistake, awesome). However, he didn’t quite fill his Macbeth-sized shoes as much as I’d have liked him to and I definitely wish Justin had had more page time as he had a lot of potential.

The links to Macbeth are subtle and well done, if you’ve read the play I’m sure you’ll easily pick up on them so I won’t list them here and spoil anything. I have to say, though, that the whole ‘Three Witches’ element is dealt with brilliantly – I loved it.

So, if you’re more of a fan of underdogs rather than the popular pack then you may hold a little resentment towards the protagonist of this book but if, like me, you can’t help but warm to the mean girls then definitely give this one a try. I loved it.

First line: ‘Once upon a time, you knew nothing.’ 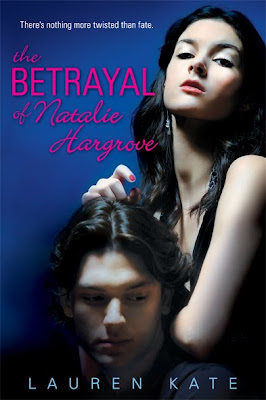