In The Sea There Are Crocodiles - Fabio Geda

Happy Saturday everybody! I just wanted to post up a quick note about an upcoming release from the always marvellous Random House - In The Sea There Are Crocodiles by Fabio Geda. It's due out in July 2011 (the 7th, I believe) and it looks like an absolutely beautiful story.

I was lucky enough to receive an ARC when I went to see Random House last month so I can't wait to get cracking on it. Interestingly, this one is being released simultaneously as an adult and a YA book - each has a different cover which I've posted below. If you haven't heard of In The Sea There Are Crocodiles yet then read on for more information because this isn't one you want to miss. 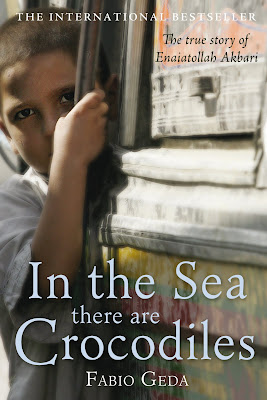 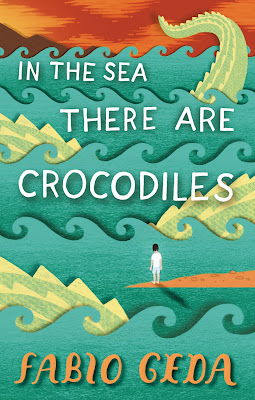 Summary (from Goodreads): One night before putting him to bed, Enaiatollah's mother tells him three things: don't use drugs, don't use weapons, and don't steal. The next day he wakes up to find she isn't there. Ten-year-old Enaiatollah is left alone in Pakistan to fend for himself.

In a book that takes a true story and shapes it into a beautiful piece of fiction, Italian novelist Fabio Geda describes Enaiatollah's remarkable five-year journey from Afghanistan to Italy where he finally managed to claim political asylum aged fifteen. His ordeal took him through Iran, Turkey and Greece, working on building sites in order to pay people-traffickers, and enduring the physical misery of dangerous border crossings squeezed into the false bottoms of lorries or trekking across inhospitable mountains.

A series of almost implausible strokes of fortune enabled him to get to Turin, find help from an Italian family and meet Fabio Geda, with whom he became friends. The result of their friendship is this unique book in which Enaiatollah's engaging, moving voice is brilliantly captured by Geda's subtly simple storytelling. In Geda's hands, Enaiatollah's journey becomes a universal story of stoicism in the face of fear, and the search for a place where life is liveable.

So which of the covers do you prefer? Are you looking forward to the release of In The Sea There Are Crocodiles?
Posted by CarlyB at 15:00

Labels: In The Sea There Are Crocodiles, News