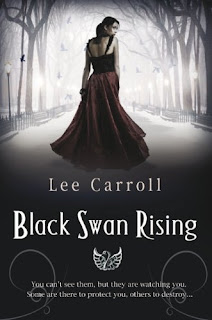 Summary (from Goodreads): When New York City jewelry designer Garet James stumbles into a strange antiques shop in her neighborhood, her life is about to be turned upside down. John Dee, the enigmatic shopkeeper, commissions her to open a vintage silver box for a generous sum of money. Oddly, the symbol of a swan on the box exactly matches the ring given to her by her deceased mother. Garet can’t believe her luck and this eerie coincidence until she opens the box and otherworldly things start happening. . .

That evening, the precious silver box is stolen. When Garet begins to investigate, she learns that she has been pulled into a prophecy that is hundreds of years old, and opening the box has unleashed an evil force onto the streets of Manhattan and the world at large. Gradually, Garet pieces together her true identity—one that her deceased mother desperately tried to protect her from. Generations of women in Garet’s family, including her beloved mother, suffered and died at the hands of this prevailing evil. Does Garet possess the power to reclaim the box and defeat this devastating force?

On her journey, she will meet the fey folk who walk unnoticed among humans and a sexy vampire who also happens to be a hedge fund manager that she can’t stop thinking about. But the fairies reveal a desire to overpower mere humans and the seductive vampire has the power to steal the life from her body. Whom can Garet trust to guide her? Using her newfound powers and sharp wit, Garet will muster everything she’s got to shut down the evil taking over her friends, family, New York City, and the world.

My review: The first in a planned trilogy, Black Swan Rising is the story of Garet, a jewellery designer who finds herself drawn into a parallel world after trying to open a mysterious silver box for a client. While this kind of synopsis would normally turn me away from a book (I’m a contemporary fan through and through) I was drawn to Black Swan Rising so wanted to give it a go.

Garet is an interesting narrator and it was great getting to know her gradually as the story progressed. I found her backstory intriguing and liked how we learned a little at a time. However, she did fall down in some respects as I found some aspects of her personality increasingly frustrating throughout the novel. I would have though a New York girl would have some street smarts about her but Garet seemed so naïve for a woman her age. She trusts strangers instantly and something about that didn’t ring true for me, especially considering her background.

That aside, I did really enjoy Black Swan Rising and it was a nice break from the fiction I usually read. This book has reminded me yet again how great it is that blogging has broadened my horizons so much. A year and a half ago I never would have picked up a book like this and I hate to think how many books I’ve already missed out on.

The world building in Black Swan Rising is really strong and I loved the inclusion of historical characters in the story – it was a great addition and didn’t feel forced at all. It’s clear the writers (a husband and wife team) are at the top of their game and know their target audience inside out.

I imagine hardened urban fantasy fans adore this book and there are so many positive reviews for this one out in the blogosphere. I’ll look out for the next book in the series (which I believe is due out this year) with interest and hope it lives up to the great start Black Swan Rising provided.

First line: ‘I’d never been in the antiques store before.’

Read if you liked…: The Alchemyst – Michael Scott 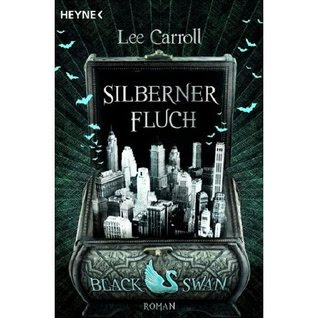