Interview: Beth Revis (Across the Universe)


So today I have the brilliant Beth Revis here at Writing from the Tub, talking about her debut release, Across the Universe. It's a brilliant book and I really do recommend it - I adored it. Without further ado, on with the interview! 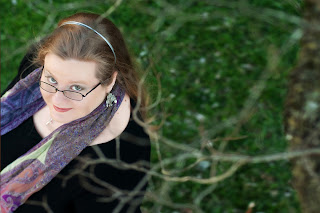 In case any readers haven’t read the book yet, can you tell me a little bit about Across the Universe?

Across the Universe is a muder mystery…in space! It’s about Amy, a girl from the near future who’s cryogenically frozen for a centuries-long space journey. When she’s woken up fifty years too early, though, she has to figure out who’s pulling the plug of the other frozens before someone unplugs—and kills—her parents.

What I’m doing on any given day depends 100% on what stage I’m at while writing. I just finished drafting the second book, so my days were filled with 10-hour writing marathons where I barely came up for air. Now that I’m done, though, I’m taking a break from writing to catch up on online things, update my website, work on promo material, etc. I definitely don’t do a write-a-certain-amount-per-day thing…that’s never worked for me, and I do much better in long, panicked, near-deadline marathons.

I think the most important thing is for the writer to have empathy. Not sympathy—empathy. We have to understand the good and the bad about any situation or person. If you can look at the emotions honestly and understand, if not sympathize, then you can create a character that will connect to readers.

Across the Universe is your first novel – can you describe how you felt in the moment when you first heard that it had been accepted for publication?

I was ridiculously ecstatic…and then I threw up. Which is not at all glamorous, but after writing for so long without success, when I finally heard that it had officially sold, I gave myself stress-induced gastroenteritis and wound up in the hospital!

I own an Entourage Edge, a “dual-screen” e-reader, that I use to critique manuscripts. I love that I can take a digital document and hand-write on it with the Edge. I’m also flirting heavily with purchasing an e-reader for fun reading, especially since I had a hard time packing enough books in my recent travels.

What sort of research did you have to do for Across the Universe, in terms of cryogenics and genetics? How did you go about doing this?

I basically figured out what I wanted—cryogenic freezing, for example—then did enough research to figure out why we don’t have that now. With cryogenics, we don’t have it yet because we’ve not figured out how to make cell walls not burst during the freezing process (think freezer burn). Then I just invented something to solve the problem—the “blue goo” Amy’s injected with before the freezing process.

You’ve received so much praise for Across the Universe as a whole but particularly for the first chapter (which is stunning, by the way). Did you set out to purposely write such a hard hitting opening chapter?

Nope! That was originally Chapter 4. But my crit readers (who I adore) kept saying how much they liked Chapter 4, and how nothing really happened in Chapter 1-3. So I cut the first three chapters and made that be my Chapter 1.

The YA book market is a competitive place, what do you think sets Across the Universe apart from the pack?

I think because it is a true sci fi—set in space, on a space ship, in the far future. It’s not a dystopic Earth, which is common in YA sci fi. I hope that there’s more space YA sci fi in the future!

I tend to listen to music that I don’t pay attention to—I will, for example, listen to the same song on repeat all day long while writing. I like the sound, but don’t want to be distracted by the music. For Across the Universe, I listened rather a lot to the namesake Beatles song, as well as “Fact/Fiction” by Mads Larger.

Pantser! I’ve outlined before…but once I know how the story ends through the outline, I don’t care that much about writing the story, so outlines kill books for me. Now, I write completely blind. I have no idea how the story will end until I’m actually at the end!

I saw you have a Stephen King quote on your website so I take it you’re a fan. What’s your favourite one of his books and why?

Misery is one of the scariest novels I’ve ever read—I think it’s a combo of the utter psychosis of the antagonist and the utter helplessly of the protagonist. I also quite liked On Writing, which remains one of the few writing books I’ve bothered with.

Thanks so much for taking the time to talk to me, Beth. Before you go, could you tell us what’s next for you?

I’ve just finished a round of edits on the second book of the Across the Universe trilogy entitled A MILLION SUNS. After that I’m writing the last book, entitled…. Well, I can’t tell you yet. But it’s got a great title, if I do say so myself! :D 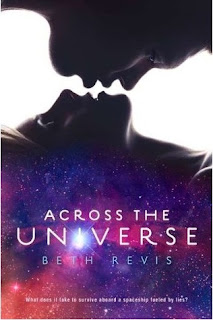 So, have any of you guys read Across the Universe, what did you think? I loved it and can't wait for A Million Suns. It was great to speak to Beth and I'd like to say a big thanks to her for stopping by :).
Posted by CarlyB at 14:00