Blog Tour: The Opposite of Amber - Gillian Philip

So today I've got the brilliant Gillian Philip here at Writing from the Tub as part of her blog tour for her new novel, The Opposite of Amber. Today Gillian is talking about tackling difficult subjects for teens in novels and giving out a few tips for any aspiring writers out there! Without further ado, I'll hand over to Gillian: 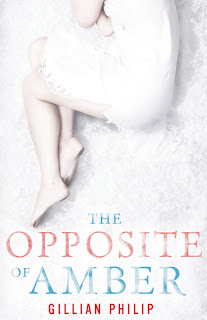 I’ve had them all. (At least I think I have; please feel free to correct me if you’ve had others.)

‘We loved the manuscript, but we were worried about that always-difficult sex scene...’; ‘The teachers were uncomfortable with the book’s promotion of knife crime’; ‘Please don’t be offended if you don’t appear on our shortlist... we have to think about parents’ reactions’; and my all-time favourite, ‘No librarian would ever tolerate your glorification of violence!’

Now, don’t get me wrong. I don’t resent the gatekeepers of children’s fiction (or not often); they’re necessary, and I’m a parent myself, so I’m glad someone is keeping an eye on what’s available when I don’t have the time or the inclination. There are television channels I block. There are webchats I shut down before hollering at my children about suitability.

But if there’s a specific tip I’d give to prospective writers for teens, it’s to keep those gatekeepers always in mind. That doesn’t necessarily mean you should tailor your writing precisely to ingratiate yourself, but truly, it does your story no harm to be aware of limits (Martin Amis notwithstanding).

I’ve been taken to task by teenagers themselves for bad language, so I know that readers themselves have lines they don’t want crossed. But my response is always the same as it is for any issue of line-transgression: YA authors think harder about this than any other writer. If you see the word ‘fuck’ in a teen novel, it’s been carefully considered – actually it’s been agonised over.

The thing is, we’re aware of the gatekeepers. We respect them. We respect parents; after all, a lot of us are parents. I don’t believe I have ever read a gratuitous sex scene in a teenage novel – though I’ve read plenty of sex scenes. I don’t believe I’ve ever seen violence glorified in a teenage novel – including my own – though there’s an abundance of violence in modern teen fiction.

You simply can’t say the same of adult fiction. We’ve all read adult novels where the ‘fuck’ quota has been stretched till it snaps, just to up the word count – or that’s how it feels. Adult novels have no gatekeepers, so sex and violence are de rigeur and (in the crime fiction world) torture-porn is downright commonplace.

But sex, violence and swearing are at least relevant to any young adult life, whether we like it or not (and my kids are nine, so I don’t). So are bullying, mental illness, self-harm, prejudice... to ignore any of them would be unforgivably patronising. Where’s the balance?

The balance, I believe, is right there in teen fiction. Violence happens; it’s not our responsibility to hide it, but to show it in all its horror, its effects, and sometimes (as in war, if you’re not a pacifist) its necessity. Sex happens; it’s not down to us to pretend it doesn’t, but to be true to our characters, paint the consequences, and maybe – just maybe – celebrate it when it’s right.

Difficult issues? Bring ’em on, because who’d write teen fiction if they were scared of those? But it’s a good thing to keep those gatekeepers in mind, if only to avoid the self-indulgent excesses of much adult fiction.

As teen writers, it’s right and proper that we should be aware of the limitations. Aware, but not afraid. In the end it comes down to the same thing it always does: be true to your characters.
Anyway, they’ll soon let you know if you aren’t. They’re the best gatekeepers of all. 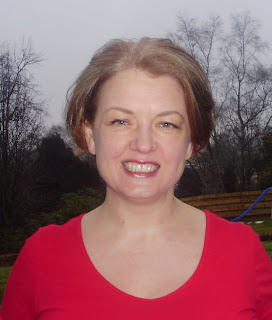 If you enjoyed today's post then make sure you pop over to Bookbabblers on Monday, where the first installment of an exclusive online story will be up for your viewing pleasure!
Posted by CarlyB at 07:00