Hello everybody! I'm joined today by the lovely Paige Harbisan, whose debut novel (Here Lies Bridget) is creating a massive buzz in the world of YA. Paige kindly answered a few of my burning questions so, without further ado, onto the interview 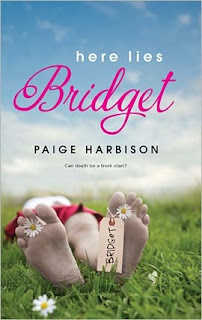 1. In young adult fiction in particular, it’s important that readers bond with the characters - what do you think is the most important thing to get right when you're creating a character?

I think you have to not give into typical tropes. I think if you want to make a mean girl, you have to make her the saddest girl on the inside. If you want to write about the perfect guy, he has to have flaws. You have to think about actual people, and have faith that the things you think privately to yourself are things we’ve all thought before.

2. The YA book market is a competitive place, what do you think sets Here Lies Bridget apart from the pack?

I think it’s not as light a read as it might initially seem. It’s a pretty cover, and it’s not a one hundred percent new concept (a mean girl getting her just desserts), but I think there’s something really cool about kind of being in the head of the antagonist. Which is pretty much what she is.

3. Can you tell me a bit about your journey with Here Lies Bridget? When did you first come up with the idea and what were the timescales involved between the first draft and the novel being accepted for publication?

I wrote it from about May 2009, on the train home from my freshman year at Flagler College (from Florida to Washington D.C), and finished in early July. I was lucky enough that my mom’s agent took a look at it—telling me the whole time not to get my hopes up, and that they weren’t really taking on new clients—and then in October, on a chilly morning, I got the call saying Harlequin Teen wanted it. I was beyond ecstatic. It took a while to get the book out since 2010 was all filled up for book releases. So I did a few drafts and then it came out February 2011 here.

4. What would you say is your worst bad habit when it comes to writing?

Oh god, procrastinating. Particularly when my mom and I try to work at the same time. Here are a few things we have done while our computers glowed, abandoned, next to us:

Taken pictures of a magnifying glass in our mouths—try it. It is…hilarious.

Tried to catch fuzzy car dice by the string in our mouths.

A lot of Pixiwoo makeup tutorials

Decided to go on vacation.

5. Which authors do you think have most influenced your own writing style?

Probably the most is J.K. Rowling. I don’t know how, but I read those books a thousand times and listened to the audiobooks as I fell asleep for years. I’m sure it snuck in there somehow. Mostly, though, I think my writing is very colloquial, and so mostly comes from how people talk. I also did plays, and so I am very cognizant of dialogue being written unnaturally.

6. What advice would you give to writers who want to make the leap from writing as a hobby to actively pursuing a career in writing?

Do research. Find out who publishes things you like—don’t submit YA to a company that has no YA line. Also, get an agent. Often that’s the hardest part. But they really make a difference. 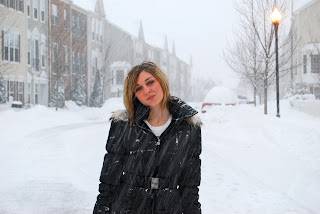 Thank you so much for your time, Paige! So, what do you guys think? In case you haven't heard about Here Lies Bridget yet check out the summary below:

Summary (from Goodreads): Bridget Duke is the uncontested ruler of her school. The meanest girl with the biggest secret insecurities. And when new girl Anna Judge arrives, things start to fall apart for Bridget: friends don't worship as attentively, teachers don't fall for her wide-eyed "who me?" look, expulsion looms ahead and the one boy she's always loved—Liam Ward—can barely even look at her anymore.

When a desperate Bridget drives too fast and crashes her car, she ends up in limbo, facing everyone she's wronged and walking a few uncomfortable miles in their shoes. Now she has only one chance to make a last impression. Though she might end up dead, she has one last shot at redemption and the chance to right the wrongs she's inflicted on the people who mean the most to her.

And Bridget's about to learn that, sometimes, saying you're sorry just isn't enough…