The day the blizzard started, no one knew that it was going to keep snowing for a week. That for those in its path, it would become not just a matter of keeping warm, but of staying alive...

Scotty and his friends Pete and Jason are among the last seven kids at their high school waiting to get picked up that day, and they soon realize that no one is coming for them. Still, it doesn't seem so bad to spend the night at school, especially when distractingly hot Krista and Julie are sleeping just down the hall. But then the power goes out, then the heat. The pipes freeze, and the roof shudders. As the days add up, the snow piles higher, and the empty halls grow colder and darker, the mounting pressure forces a devastating decision... 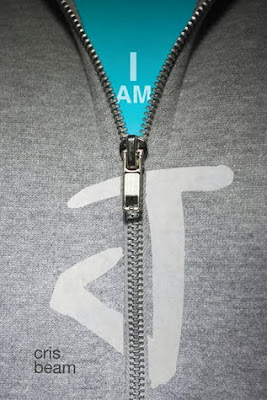 J always felt different. He was certain that eventually everyone would understand who he really was; a boy mistakenly born as a girl. Yet as he grew up, his body began to betray him; eventually J stopped praying to wake up a "real boy" and started covering up his body, keeping himself invisible - from his family, from his friends...from the world. But after being deserted by the best friend he thought would always be by his side, J decides that he's done hiding - it's time to be who he really is. And this time he is determined not to give up, no matter the cost.

An inspiring story of self-discovery, of choosing to stand up for yourself, and of finding your own path - readers will recognize a part of themselves in J's struggle to love his true self. 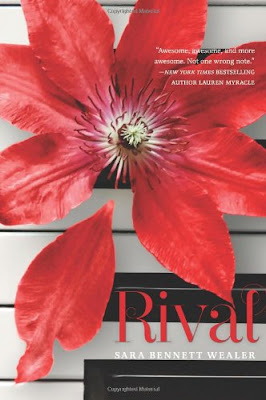 Meet Brooke: Popular, powerful and hating every minute of it, she’s the “It” girl at Douglas High in Lake Champion, Minnesota. Her real ambition? Using her operatic mezzo as a ticket back to NYC, where her family lived before her dad ran off with an up and coming male movie star.

Now meet Kathryn: An overachieving soprano with an underachieving savings account, she’s been a leper ever since Brooke punched her at a party junior year. For Kath, music is the key to a much-needed college scholarship.

The stage is set for a high-stakes duet between the two seniors as they prepare for the prestigious Blackmore competition. Brooke and Kathryn work toward the Blackmore with eyes not just on first prize but on one another, each still stinging from a past that started with friendship and ended in betrayal. With competition day nearing, Brooke dreams of escaping the in-crowd for life as a professional singer, but her scheming BFF Chloe has other plans. And when Kathryn gets an unlikely invitation to Homecoming, she suspects Brooke of trying to sabotage her with one last public humiliation.

As pressures mount, Brooke starts to sense that the person she hates most might just be the best friend she ever had. But Kathryn has a decision to make. Can she forgive? Or are some rivalries for life?

All You Get Is Me - Yvonne Prinz 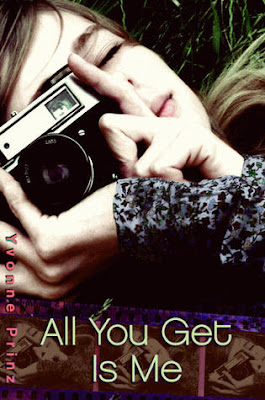 A summer of love, loss, and justice.

Things were complicated enough for Roar, even before her father decided to yank her out of the city and go organic. Suddenly, she’s a farm girl, albeit a reluctant one, selling figs at the farmers’ market and developing her photographs in a ramshackle shed. Caught between a troublemaking sidekick named Storm, a brooding, easy-on-the-eyes L.A. boy, and a father on a human rights crusade that challenges the fabric of the farm community, Roar is going to have to tackle it all—even with dirt under her fingernails and her hair pulled back with a rubber band meant for asparagus.

So what's on your wishlist this week?
Posted by CarlyB at 09:00