In the old days, when Kate had no interest in romance, she never cared what other people thought. Now, it appeared, love was turning her into a rotten human being.

But lately Marylin has started to think that Kate can be a bit babyish. And Kate thinks that Marylin is acting like a big snob. And a lot of the time, well, it feels as though they just don't know each other anymore. Somehow nothing is the same, but secretly Kate and Marylin both wish that it could be...

I Wanna Be Your Joey Ramone - Stephanie Keuhnert 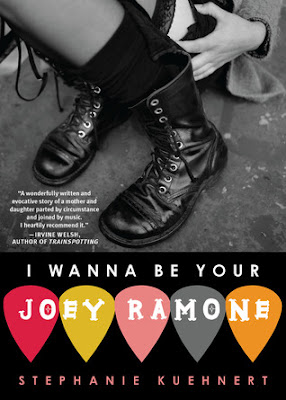 The Clash. Social Distortion. Dead Kennedys. Patti Smith. The Ramones. Punk rock is in Emily Black's blood. Her mother, Louisa, hit the road to follow the incendiary music scene when Emily was four months old and never came back. Now Emily's all grown up with a punk band of her own, determined to find the tune that will bring her mother home. Because if Louisa really is following the music, shouldn't it lead her right back to Emily? 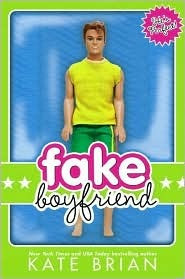 If only he were real.

Lane and Vivi have had it with Isabelle Hunter's boyfriend, Shawn Littig (a.k.a. Sluttig). He is the only person who can turn their smart, confident best friend into a complete mess. When Shawn Sluttig cheats on and dumps Izzy just months before the prom she's been planning since the ninth grade, Lane and Vivi decide to take action.

With a few quick keystrokes, they create a MySpace page for "Brandon," the perfect guy to get Izzy out of her revolving-door relationship with Shawn. Too bad he's totally fake. Vivi's younger brother, Marshall, who they hire to be the "man" behind the profile, is way too into being Izzy's fake boyfriend. So they turn to cute, prep-school Jonathan to be the face of Brandon. But when Vivi falls for Jonathan, and Sluttig tries to wedge his way back into Izzy's prom picture, the whole plan starts to go south faster than you can say "fake boyfriend". 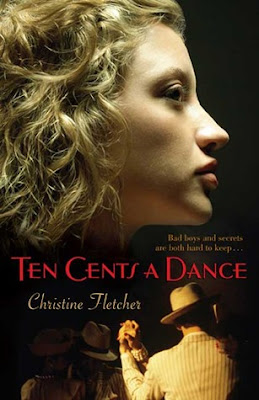 With her mother ill, it’s up to fifteen-year-old Ruby Jacinski to support her family. But in the 1940s, the only opportunities open to a Polish-American girl from Chicago’s poor Yards is a job in one of the meat packing plants.

Through a chance meeting with a local tough, Ruby lands a job as a taxi dancer and soon becomes an expert in the art of “fishing”: working her patrons for meals, cash, clothes, even jewelry.

Drawn ever deeper into the world of dance halls, jazz, and the mob, Ruby gradually realizes that the only one who can save her is herself. A mesmerizing look into a little known world and era.

So that's it from me, what's on your wishlist this week?
Posted by CarlyB at 08:00