Hello everybody! I'm here today as I'm the first stop on Sally Gardner's blog tour for her awwwesome new book, The Double Shadow. I've been a big fan of Sally's for a while now and I'm really excited to be part of this tour - I just know you're all going to love The Double Shadow, it's quite something!

Sally's guest post today focuses on the differences between writing in the city and country, something I found extremely interesting to hear about - as you all know I'm a country girl through and through. 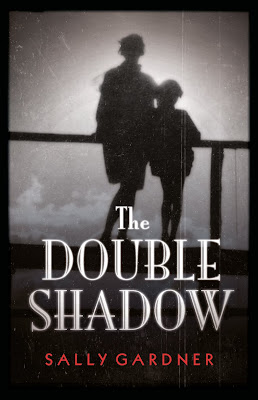 Double Shadows: the city and the country: the great writing contrast
Where London provides the cultural inspiration, Suffolk provides the peace.

Temporarily living in by the sea has been lovely. I've taken to writing poetry inspired by the landscapes, long walks help me think up stories, and I’ve taken up two new vices: alcohol and cigarettes as there’s no one around to see me here.

I think London brings in networks of ideas like a satellite dish, rather than the gentle flow of ideas I get here. The hecticness of London affects the density and cadence of my work. In Suffolk there’s a slightly calmer flow to my writing.

The key, though, is that I can write anywhere - a trick I learned when raising three children while beginning my career. Kitchen table, garden shed, etc. In London the stories are everywhere already – in backstreets, lives and simple observations. It’s a city like a cloak – I love wearing it. London also provides the best cemeteries for character name inspiration.

In Suffolk, the sea and sky provide a huge landscape for dreaming and invention, and there is a great magic to the sea and being touch with nature. I never thought I could cope in the countryside (bad coffee and shops that shut at 4pm!) but have I surprised myself by falling in love with it. 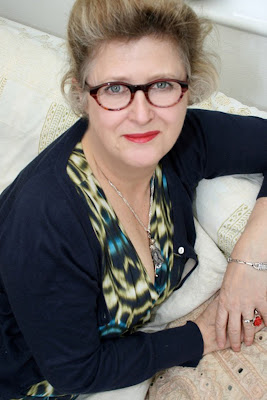 I want to say a massive thanks to Sally and Indigo (who are publishing The Double Shadow) for inviting me to take part in the tour and make sure you pop over to Thoughts from the Hearthfire on Thursday for stop number two!
Posted by CarlyB at 07:00