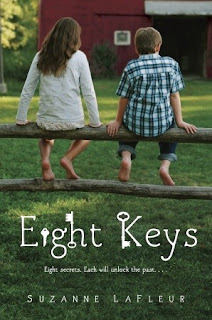 Summary (from Goodreads): Elise and Franklin have always been best friends. Elise has always lived in the big house with her loving Uncle and Aunt, because Elise's parents died when she was too young to remember them. There's always been a barn behind the house with eight locked doors on the second floor.

When Elise and Franklin start middle school, things feel all wrong. Bullying. Not fitting in. Franklin suddenly seems babyish. Then, soon after her 12th birthday, Elise receives a mysterious key left for her by her father. A key that unlocks one of the eight doors upstairs in the bar . . .

Mini review: Eight Keys is aimed a slightly younger age range than I usually read but I enjoyed it nonetheless. It's an incredibly sweet novel that's sensitively written to speak out against bullying and explore the importance of friendship. 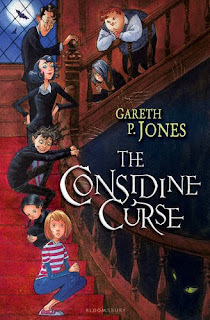 Summary (from Goodreads): Fourteen-year-old Mariel returns to England for her grandmother's funeral. It is the first time she has been back since she emigrated with her mother as a baby, and it is the beginning of the uncovering of some really extraordinary truths about the Considine family.

Why did Mariel's mum argue with Grandma all those years ago? Why does Amelia wear so much perfume? Why is there a very large cat flap in Louvre House? Why does Gerald seem scared of his brother's appetite? Did Grandma Considine really break her neck falling down the stairs? And most importantly, what is the dark secret that lies at the heart of the family?

Mini review: The Considine Curse is such a fun book that I'm sure will delight younger readers. The characters are great, all so unique and well written and I particularly liked Mariel, who is a great heroine and role model.

Too Small to Fail - Morris Gleitzman 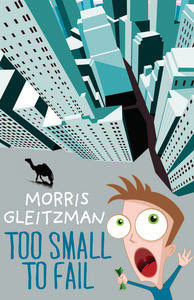 Summary (from Goodreads): 1 boy. 1 girl. 1 camel. Squillions of dollars. A plan that can't fail. Or can it? Oliver's parents own a bank. This makes them very rich, very important and very busy. Oliver, on the other hand, is terrible at maths and aspires to nothing more than owning the puppy that he frequently visits at his local pet shop.

When a mysterious woman buys the puppy and threatens to harm it if Oliver can't return her thousand of dollars (unfortunately, Oliver's parents seem to have misplaced her life savings. Something to do with some stuff on the news.) Oliver hatches a plan which will take him further than he ever imagined...

Mini review: Morris Gleitzman is back with another heart-warming, funny novel. Too Small to Fail is a wonderful story, completely different from Grace, the other book by Gleitzman that I read this year but also loved. I love that Oliver's motivation behind the plan is the puppy he's so desperate for - when I was younger I would have done the exact same thing if it meant I could have a dog! 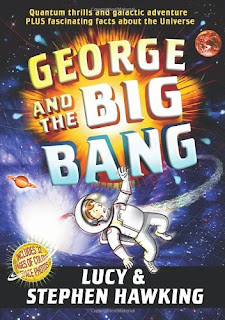 Summary (from Goodreads): Going back to the beginning of time . . . Discover the final chapter in this out-of-this-world adventure series!

One of the biggest science experiments of all time is about to take place - and George and Annie have got front-row seats! Eric, Annie's scientist dad, is heading to the Large Hadron Collider to explore the earliest moments of the Universe - the Big Bang. Armed with his trusty super-computer, Cosmos, nothing can possibly go wrong . . . until George and Annie discover a fiendish plot to destroy the experiment!

George is swept into a terrifying adventure - through wormholes, into far-flung galaxies and to the edge of knowledge itself - while he and Annie race to outwit a sinister group who are bent on the destruction of science . . . But will they succeed?

Mini review: I'm a big fan of this book - not only is the story engaging and well-written, there are also some great physics lessons woven seamlessly into the plot. While reading this book it doesn't feel as though you're been lectured at, which I think is so important with children. I'm sure any budding scientists out there will adore this one. 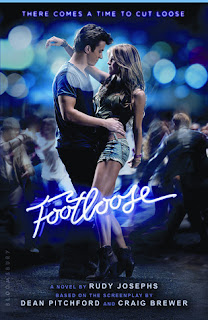 Summary (from Goodreads): Newcomers Kenny Wormald and Julianne Hough star in Writer/Director Craig Brewer's hot new remake of one of the most beloved films of the 80's. The themes of this classic movie are as timely as ever: freedom of expression, the role of religion in community, defining family values, and-of course- rock 'n' roll and teen spirit.

Mini review: I love the original Footloose movie, though I haven't yet seen the remake. When a copy of the book, inspired by the film, arrived I wasn't sure whether to try it or not. I'm not generally a fan of books that are written to tie in with film releases as I find the quality is usually pretty horrendous. However, I was pleasantly surprised by this one and found it was much better written than I thought it'd be. It's pretty true to the film (the original, at least) and I think the writer(s) did a great job of bringing the characters to life on the page.