Hi guys - have you you all had a lovely weekend? Hopefully this fab guest post from Cynthia Hand will keep those Sunday blues away because, well, we all have to go back to work/school tomorrow and that's just not a fun prospect, is it? 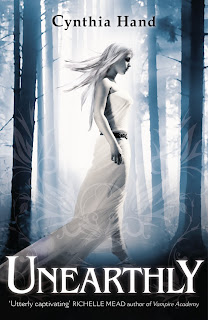 Cynthia Hand talks SETTING
I feel like my career is one big lesson in why it’s important, as a writer, to embrace setting. So often beginning writers pay attention to plot, characters, conflict, point of view, all those things, but don’t give much thought to setting. Why? Well, it’s only place, after all.

But place is important.

Let me take you back to the beginning.

1988. This was the year of the big Yellowstone National Park forest fires, what would later be called “the great fires.” It started with a dry, windy summer and a single lightning strike, and it ended up consuming more 1.4 million acres of forest.

I was ten years old in 1988. My family lived in Idaho Falls, which is a couple hours from Yellowstone. It’s funny (and possibly dumb, yes), but while the park was evacuating all the tourists, many of the natives in the area actually drove into Yellowstone to see the fire. Like my family. We wanted in on the action.

I remember the power of the fire, mostly. The way, in spite of the best efforts of the firefighters, it would not be contained, not held back. And I remember the beauty of it, the dance of the flames, the movement from tree to tree and slope to slope. I also remember the way the sun looked that evening as it sank against the smoky sky, so big and orange I felt like I could have reached out and picked it like a peach.

It made a big impression on me, is what I’m saying. If you’ve read Unearthly you’ll see why. 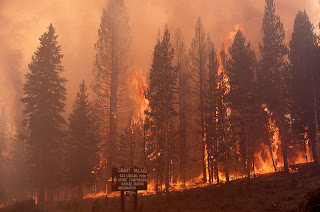 Another big event happened in Yellowstone in 1988, this one a more personal one. That fall my family came back to the park during the autumn season. Fall is truly the best time to visit Yellowstone, in my opinion. There are less tourists, the aspens are turning spectacular colors, and the elk are acting peculiar.

That day my family sat down to eat lunch on the edge of a meadow with a small herd of elk, a male (bull) and his little harem of four or five females (cows), grazing across a stream from us. We weren’t extremely close to them, but close enough to see them nicely from a distance. Everything was quiet until, suddenly, we heard a loud bugle. A new challenger bull stepped from the tree line, lifted his head and bugled again. The original bull whipped his head up, moved quickly between the challenger and his women, and bugled back. Back and forth they bugled, until the challenger boldly came out into the middle of the meadow and the two bulls squared off for a fight.

It was fantastic. The crash of the horns, the bugling, the way they turned and angled and rushed at each other again and again. Unbelievable to see. I felt like I was holding my breath the entire time. When it was over the original bull was victorious. He gathered up his harem and exited the scene. The challenger took off, limping and huffing. For a while I just stared at the place in the meadow where they’d been. The earth was upturned, gouged. The meadow was quiet once again. 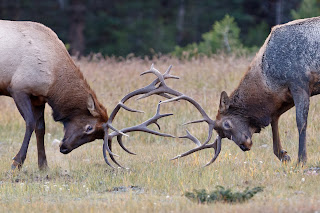 That night I started writing. I was working on a Halloween story about witches at the time, so that night, in our tent by the light of a flashlight, I worked in a new scene, a scene where my witchy main character inexplicably witnesses two elk fighting. I used all my ten-year-old writerly power to try to capture what I had seen earlier, the power of it, the beauty, the way the air felt, the way the trees looked, the way the elk moved and sounded and struggled.

The story made no sense. But out of all the pieces of writing that I did as a child, all the stories about unicorns and fairies, that story about the witch watching the elk is the one I remember most clearly. It stayed with me. Why? Because of the power of setting.

It’s funny to me that I didn’t learn that lesson then. More than ten years later, in writing school, I actually avoided writing about real settings. I was the youngest and most clueless student in my MFA program, and the only one, at the time, from Idaho, and I didn’t want to be seen as the local hick. Plus I didn’t think people would be particularly interested in my part of Idaho, with its farmland and distant mountains. So I tried to write settings that were “universal.” My settings were like a blank stage in my mind, where I occasionally dragged a sofa on for my characters to sit on, or a bed to sleep in, or any other prop they might need.

My stories weren’t very good then, and nobody was excited about them.

Finally, my third and final year of the program, I decided that I would write one story about Idaho, and see what happened. It was a story called “The Sugar Shell,” which is about a fourteen-year-old girl whose mother has recently died of cancer, who feels like she must be the woman of the house now for her father and younger brothers, who gets a job at a cake decorating shop in Idaho Falls. There is a real Sugar Shell in Idaho Falls. My mom worked there when I was very young, and I had hazy but magical memories of that place. So I started writing. I used all my writerly power to capture that place, not only the shop, but the train tracks beyond the shop, the country roads beyond the train tracks, the dark and run down house where my main character lived. And I tried to make her an Idahoan through and through, from the way her voice sounded to how she thought about the world.

The story came alive for me as I wrote it, and everybody who read it loved it, and my instructors told me to send it out for publication. I did, and it was immediately accepted in a very good literary journal. And after the story published, literary agents started contacting me, asking me what I was working on. Out of those agents I picked Katherine, who would be my agent five years later when I sent her my first draft of Unearthly.

So, to make a long story short, me embracing my roots and deciding to write about setting led, in its way, to a book contract. None of the crazy and wonderful stuff that’s happened to me in the past few years would have happened if I had continued to avoid writing about my home. 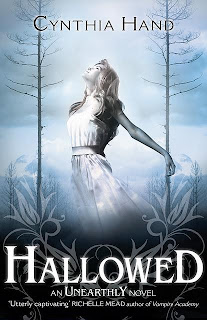 When I first had the idea for Unearthly, I chose my setting carefully. I knew it needed to be a place where a forest fire was possible (ah ha! A forest fire!) and I knew that I wanted it to be a place with a decent-sized high school. Jackson, Wyoming fit that bill perfectly. I grew up a couple hours away from the Jackson area (which is pretty close to Yellowstone), and had been visiting that town and having fun in that place all my life. I love Jackson, so it was a no-brainer to choose to write about it. It was a great place to get to travel to every day in my head.

It is also home to my favorite mountains in the world: the Tetons. There is no place on this earth that I can go and have a greater sense of awe, such glory. It was, in a word, perfect for my story about angels and flight, and readers have responded so well to it. I probably get one email or so a week where the reader talks about wanting to visit Jackson Hole, which always makes me smile. It’s also a large part of why I was able to sell the film rights to the book so easily. My agent simply set along a set of photos from places in the book.

So. Setting is good! If you’re a writer, embrace your settings! Know your “heart’s field,” and use it.

I’m only able to write about this for you now, because I did.
Posted by CarlyB at 15:57