Good day, chaps! As promised, I'm here today with a guest post from the lovely Sophia Bennett as part of my stop on the blog tour for The Look.

As you may or may not know I'm an aspiring YA writer, so I'm always interested to hear about the writing process of my favourite authors. I'm a super huge fan of Sophia's so, of course, I wanted to hear all about how she wrote The Look and the process she went through from coming up with the initial idea to the launch date. I love this guest post and I hope you guys do as well! 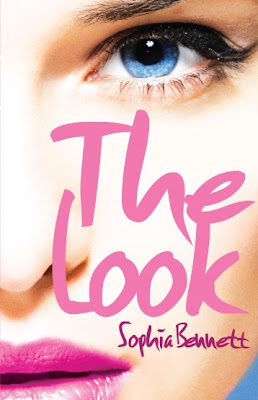 The timeline for writing The Look
Carly asked me to write a timeline for this post. I’ve never done one before, and I’m always fascinated by how other authors approach the process of writing, so I hope you are too. I mean, I always imagine that Meg Rosoff and Cathy Cassidy get an idea, sit down and pretty much transcribe it for a few weeks. But maybe they don’t. And I certainly don’t. This is what really happened …

Finishing the edits on the last of the Threads trilogy, Sequins Stars & Spotlights. Need to pitch a new idea to Chicken House and my goal is to have it written by Feb 2011, when Sequins will be launched. Ideally, I always like to be one book ahead.

Not sure the first idea I pitch will work. Meanwhile, a fan called Lizzie emails me to ask my advice on whether she should be an English teacher or a model when she leaves school. This gets me thinking ...
Summer 2010
I don’t know much about modelling. My initial reaction is that it’s seedy and dangerous for teenage girls. But the only model I actually know is delightful and had a great experience. What’s the truth? It’s something many of my fans may consider, so I ought to have an informed opinion.

The seed of a new book is forming. Online research. I realise that my main character may need a reality check at the climax of the story, so she can make a decision about what path to choose. Meanwhile, a good friend of mine is bravely battling cancer – a reality check if ever there was one. I remember a girl who was diagnosed with lymphoma when I was a teenager, and how shocking I found it. I want to write about her.

The story starts to emerge. On the street, I see a tall girl with very short hair, looking like a boy. My main character is born, and also the key scene in the book. And the title. Normally, titles are a nightmare, but this one was easy.

I pitch the idea to Chicken House. They like it. Now all I have to do is write it.

Angst. Writing this book is really hard. My main character only really comes into herself in the second half of the book, so how do I make her engaging in the first half? I don’t know.

More research. Meeting models, finding out about their daily lives, and learning about the latest treatments for lymphoma. Also, my internet research throws up the many modelling scams out there, aimed at fleecing teenagers of their money. I’m shocked. That has to go into the story.

I go on tour in Ireland with the fabulous fellow writers Sarah Webb and Judi Curtin. We have a completely wonderful time, but I whinge frequently about how difficult the new book is proving to be.

Back in London, I rewrite the opening a million times. Original deadline approaching.

Winter 2010
I get past the opening hump. Things speed up. I write the key scene in the middle, where Ted grows into the girl she’s destined to be. It takes an afternoon, makes me cry and is hardly touched in any of the many subsequent rewrites. If I don’t cry at least once in each book, then it’s not working. I finish draft one just in time.

My editor likes it! And Barry and Rachel, my publishers. Rachel is in charge of covers and already wants to get going on creating this one, even though the book isn’t scheduled to come out for A YEAR. (For more on this, you can read the post I’ve just done for Wondrous Reads on this blog tour.) They just need a few minor changes to the beginning…

Meanwhile, I do a quick launch tour for Sequins, and say goodbye to the Threads series.

Rewrites of The Look. Those minor changes they needed weren’t so minor.

Meanwhile, Steve Wells puts the cover together in what feels like a couple of afternoons.

More rewrites. They are so painful. Never be a writer.

June: we finally get to the line edit stage. Normally for me this is just a question of changing a few words, but this time it’s really intense.

August: the copy edit! Finally! A year since I really started working on the story. By now, we’re just looking for mistakes. (It was at this point in the writing of Threads that we realised, for example, that I had three characters called Henry.)

Meanwhile, Rachel gets a copy from the printers of how the book will look with its cover and bright pink page edges (her idea). It looks so good that she decides to run the print early and give reviewers etc. the finished version, rather than a rough advance reader copy.

The book is printed. I get fifty copies to sign for reviewers etc. They are so preeeety. I take pictures. Then I have to give all of them back so they can be sent off. Augh!

The other books then sit in the warehouse until publication date. Even my mother doesn’t get one yet. It’s agony. Meanwhile, I’m having the usual problems trying to find the voice and characters for my new book. It never gets any easier.

Launch day. At last. Still at the planning stage for the new book I want to write. Looking back, the writing process for The Look seems relatively simple by comparison, but that’s not how it felt at the time! 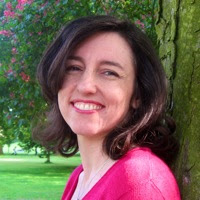 So there you have it - this writing lark isn't easy, is it?