Hi all! I've got the lovely Hilary Graham here with me today, telling us all a little more about her writing process and debut YA novel, Reunited, which is due out in the US on June 12th, published by Simon & Schuster. Fear not, fellow Brits and non-US types, The Book Depository and Amazon will let you pre-order or buy Reunited complete with free delivery, so there's no excuse not to get your hands on what looks to be one of the best contemporaries of 2012.

I've been excited about this one for so damn long and I can't wait to get my hands on a copy once June 12th hits. I blogged about this over six months ago, in my 2011 'Debuts I can't wait for in 2012' post and I'm still eagerly awaiting it. 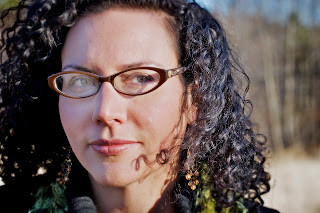 Hi, Hilary! In case any readers haven’t read the book yet, can you tell me a little bit about Reunited?

REUNITED’s a contemporary Young Adult novel. The tag-line is:

I’m a pretty disciplined person, so I’ve never found a need to set strict rules for myself. Sometimes, I’ll have a goal in mind to finish a chapter by the end of the day (or week) but I always try to be compassionate with myself if I fail to meet that goal. Sometimes it’s a 3,000 word day. Sometimes, you work on one paragraph for two days straight. Sigh.

I am not one of those people who can listen to music while I write. Ideally, I’d prefer to write while hermetically sealed in a noise-proof room. But I do listen to music (all kinds) when I work out or drive in my car, and I usually create a “soundtrack” for whatever I’m working on, to keep me in the mood of that piece.

But in the case of REUNITED, it was different, since the band in the book (Level3) plays such a huge role in the story. Each chapter opens with excerpts of Level3’s lyrics and their songs are often playing in the background of a scene. And as I was writing these lyrics, a funny thing happened. I found myself also writing the melodies to these songs and then singing them to myself (out loud or just in my head).

Now, I’m getting to live out my rock star fantasies because (with the help of some very talented musician friends) because I’m professionally producing two of Level3’s songs—“Heyday” and “Parade.” The songs will be available for download on my website as we get nearer to REUNITED’s release date (June 12, 2012). I’m also making a Level3 music video, which will be accessible on Facebook to everyone who “likes” my author page.

I’m a Plotter with Pantster tendencies. I ALWAYS outline my fiction, though in the past, I have written screenplays without outlines. As I’ve matured as a writer, I’ve learned that it’s crucial for me to know where I’m going plot-wise before delving into a screenplay or a novel. That being said, I view my outlines as malleable things and use them with the assumption that there will be changes. A strong structure also gives me freedom to explore my characters and plot without worrying that I might go off the rails. Some of the best moments in my work are the result of discoveries I’ve made along the way.

Totally! My teen years were probably a lot like most people’s—simultaneously amazing and horrible. But I do seem to gravitate toward “teen world” in my writing, and I draw a lot from my own experiences. For example, I also had a traumatizing friendship breakup during my freshman year of high school, just like Alice, Summer, & Tiernan in REUNITED. It also helps that I have lots of friends I’ve known since childhood, and we tend to reminisce about high school a lot. Maybe even a little more than we should. ;)

What books do you think we should be looking out for over the next few months?

You mean, there are other books coming out besides REUNITED? ;) First off, you must read ALL of the Apocalypsies’ books.

Also--Jessi Kirby’s IN HONOR (May 2012) Susane Colasanti’s KEEP HOLDING ON (June 2012), anything by Sarah Dessen

What free time? Kidding. I like to hike, camp, do yoga, go to the movies, play with my son, hang out with friends, cook, and of course, read.

Thank you so much for your time, Hilary. Before you go, could you tell me about any projects you have in the pipeline we can look out for?

Right now I’m writing a script for the Disney Channel movie. There’s no guarantee it’ll end up on TV, but if it does, I’ll be sure to let you know… 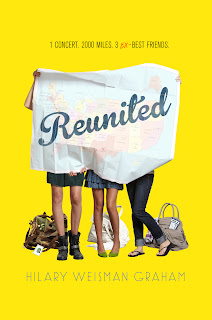 Brilliant; I absolutely can't wait for this one! For more information about Hilary and Reunited be sure to check her bio, links and book summary below.

She lives in rural New Hampshire with her husband and son, roughly thirty minutes away from the nearest grocery store.

US folks, you can pre-order Reunited from the following links:

Back in middle school, the three girls were inseparable. They were also the number one fans of the rock band Level3.

But when the band broke up, so did their friendship. Summer ran with the popular crowd, Tiernan was a rebellious wild-child, and Alice spent high school with her nose buried in books.

Now, just as the girls are about to graduate, Level3 announces a one-time-only reunion show.

Even though the concert’s 2000 miles away, Alice buys three tickets on impulse. And as it turns out, Summer and Tiernan have their own reasons for wanting to get out of town. Good thing Alice’s graduation gift (a pea-green 1976 VW camper van know as the Pea Pod) is just the vehicle to get them there.

But on the long drive cross-country, the girls hit more than a few bumps in the road. Will their friendship get an encore or is the show really over?
Posted by CarlyB at 07:00