100 Word Reviews: The Blessed, League of Strays and Beautiful Disaster

I've been working my way through a huge stack of books lately, in a bid to catch up with new releases and make my TBR pile a little more manageable. Over the next few weeks I'm going to be featuring groups of 100 word reviews of the books I've been reading. This post is concentrating on The Blessed, League of Strays and Beautiful Disaster.

Yeah... So apologies for the mass of negative reviews. These three weren't exactly my favourites. 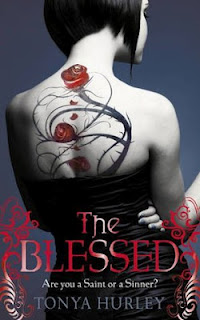 100 word review: I’m quite torn about my feelings for The Blessed. Based on the cover and synopsis I expected a run of the mill paranormal and that’s sort of what I got. Sort of. The love story was so blah I don’t think it’s even worth mentioning but there’s actually quite an interesting story here. I liked the exploration of the whole ‘living saint’ plot and the inclusion of religion was great because of the way it was presented, as a seamless part of the story. So, this is sure to please paranormal fans but I’m not convinced it will convert new fans to the genre. The ending was fab, though.
Moving away from the plot, I loved the little mention of CeCe’s nail art – I’ve tried that book transfer technique myself and it does work (sorry if that makes no sense…it will if you read the book!) The illustrations in the centre of the book were gorgeous and a really nice addition. I’m a big fan of extra content but you don’t see it too often in YA, so this was a great touch. 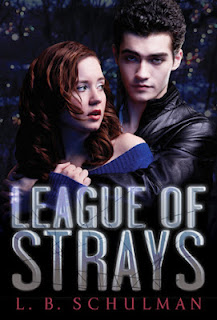 League of Strays – L. B. Schulman

100 word review: I thought I was going to enjoy League of Strays, despite the title and cover making leading me to believe it was a paranormal romance. I like a good group of misfits and revenge stories always interest me. However, the writing was sloppy, the characters one-dimensional and the plot, which could have been intriguing, left me uninspired.
Kade, the leader of the League, could have been a wonderfully dark character but he was just a bit…dare I say it, boring? I was waiting for that moment that made me sit up and pay attention to him but, for me, he never seemed like anything more than a kid with a vendetta, when he could have been a fantastic villain.
Richie was sweet, though, and I did like his character; I just wish more of the story had been dedicated to him, as I think it would have made the novel more interesting. Charlotte was just…well, I had to just check the back of my copy to remember her name, despite only finishing this one a couple of days ago, which says it all, really. 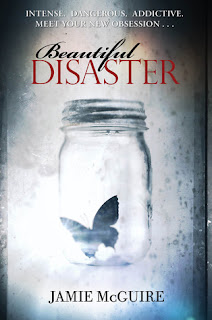 100 word review: When I was sent a sampler of Beautiful Disaster I was quite intrigued and I enjoyed it more than I thought I would. I’m sad to say the same can’t be said for the full length novel. It was not an enjoyable experience, by any stretch of the imagination.
In my opinion, Travis is a wholly dull male lead. If the only thing that makes a character interesting is the fact he can barely get through a chapter without smashing something then it doesn’t bode well. Abby, possibly, is even duller than her love interest.
I’ve seen this billed as ‘contemporary romance’ all over Goodreads and the like. Really? I didn’t see a shred of romance…except, of course, if attempting to no longer make violent threats and destroy things is considered romance.
In conclusion, Beautiful Disaster is not for me.
And that last sentence is the understatement of the year.