I've been working my way through a huge stack of books lately, in a bid to catch up with new releases and make my TBR pile a little more manageable. Over the next few weeks I'm going to be featuring groups of 100 word reviews of the books I've been reading. This post is concentrating on Heaven, Debutantes and Arabesque. 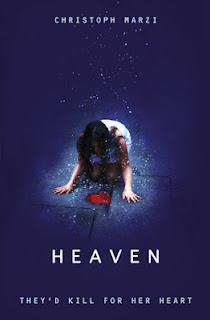 100 word review: I didn’t have massively high hopes for Heaven, I’ll be honest. From the cover and blurb I thought it was going to be a standard paranormal story but there was something that intrigued me. I’m so glad I decided it read it, though, as it was a great story, very different to anything else out there at the moment.
Our narrator is David, who reminded me so much of a teenage version of Johnny Depp’s character in The Ninth Gate – anyone else think so? No? Just me then. Heaven is the sort of character that I found initially a tad annoying but she really, really grew on me – it was a bit of a Stargirl situation.
Heaven is a dark fairytale that really took me by surprise. I’ve read a few novels with this sort of tone over the last few months (like Antonia Michaelis’ The Storyteller – both writers are German, interestingly) and I hope it’s a trend that continues. 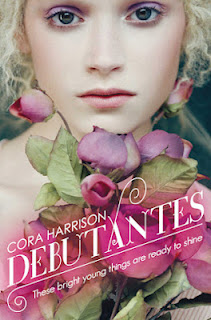 100 word review: Well, I’ll admit that I was drawn to Debutantes because of the gorgeous cover. After the Halo debacle I should have known better but, no, I was seduced by the flowers and really great blusher.
There’s nothing exactly wrong with Debutantes. The writing’s fine, the characters are okay and the story is mildly interesting. My problem, though, is that nothing grabbed me. I had to work really hard to sum up the enthusiasm to finish the book and I didn’t feel a bond with any of the characters by the end of the story.
Sadly there’s not enough here to make me want to continue with this series, especially as there are so many books set in the twenties being released at the moment. As with any trend, books set in this time period are really going to need to be exceptional to stand out against the competition. 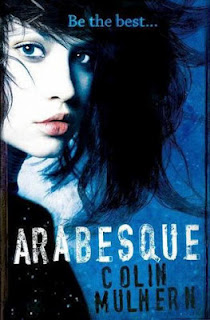 100 word review: Wow – Arabesque completely blew me away. Thrillers aren’t particularly rife in the world of YA so I was really excited to receive a review copy of this one. I flew through it in a single sitting and I was so impressed by both the quality of the writing and the story itself. This is a little gem that I wouldn’t hesitate to recommend.
That ending – whaaaaa? It completely caught me off guard and I couldn't quite believe it; I was sure I must be missing a few pages at the end of my copy but, no, it was just a mind-blowing ending…which I thought was brilliant, even though I hated it! I understand that probably doesn’t make much sense but you’ll completely understand when you read the book, I promise.