The day I discovered you don't get charged for pre-ordering books on Amazon until the order is dispatched...Well, it was a wonderful day. I always have a huge stack of books pre-ordered at any one time and it's always a nice surprise to receive a copy of a book I've forgotten I ordered.

I spent some time on Goodreads a little while ago and made a mammoth list of the 2013 contemporary releases I've got my eyes on, most of which I pre-ordered on Amazon sharpish. Over the next few weeks I'm going to post up details of a few of the books I have ordered, just in case any of you were looking for a few upcoming releases to pre-order. 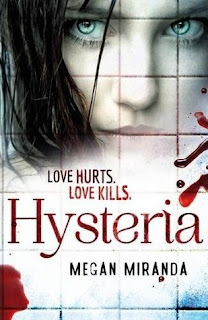 Summary (from Goodreads): Mallory's life is falling apart. Her boyfriend was stabbed. He bled to death in her kitchen. Mallory was the one who stabbed him. But she can't remember what happened that night. She only remembers the fear ...When Mallory's parents send her away to a boarding school, she thinks she can escape the gossip and the threats. But someone, or something, has followed her. There's the hand that touches her shoulder when she's drifting off to sleep. A voice whispering her name. And everyone knows what happened. So when a pupil is found dead, Mallory's name is on their lips. Her past can be forgotten but it's never gone. Can Mallory live with that? 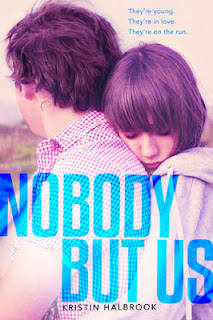 Summary (from Goodreads): Bonnie and Clyde meets Simone Elkeles in this addictively heart-wrenching story of two desperate teenagers on the run from their pasts.
They’re young. They’re in love. They’re on the run.Zoe wants to save Will as much as Will wants to save Zoe. When Will turns eighteen, they decide to run away together. But they never expected their escape to be so fraught with danger....When the whole world is after you, sometimes it seems like you can’t run fast enough.Nobody But Us, told in alternating perspectives from Will and Zoe, is an unflinching novel, in turns heartbreaking and hopeful, about survival, choices, and love...and how having love doesn’t always mean that you get a happy ending. Described as “beautiful, heartbreaking, and exhilarating” by Kody Keplinger, author of The DUFF, Nobody But Us will prove irresistible to fans of Nina Lacour, Jenny Han, and Sara Zarr. 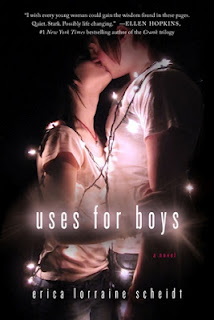 Summary (from Goodreads): Anna remembers a time before boys, when she was little and everything made sense. When she and her mom were a family, just the two of them against the world. But now her mom is gone most of the time, chasing the next marriage, brining home the next stepfather. Anna is left on her own—until she discovers that she can make boys her family. From Desmond to Joey, Todd to Sam, Anna learns that if you give boys what they want, you can get what you need. But the price is high—the other kids make fun of her; the girls call her a slut. Anna's new friend, Toy, seems to have found a way around the loneliness, but Toy has her own secrets that even Anna can't know.
Then comes Sam. When Anna actually meets a boy who is more than just useful, whose family eats dinner together, laughs, and tells stories, the truth about love becomes clear. And she finally learns how it feels to have something to lose—and something to offer. Real, shocking, uplifting, and stunningly lyrical, Uses for Boys is a story of breaking down and growing up.

So, what do you think? Are any of these on your wishlists? I think I'm most excited for Hysteria out of these three; I really enjoyed Fracture so I can't wait to see what Megan Miranda does next. And have any of you seen the US cover? Gorgeous!
Posted by CarlyB at 07:00