Good morning all, I'm here today to share with you a few of the review copies I've been sent for 2013 titles. I don't have many as I'm being really selective with what I accept for review now - I got so behind with reading and reviewing this year that I'm being really restrained from now on. Plus, as next year should be my year to get my novel out to agents I'm not going to have as much time for reviewing so I don't want to take on too much.

That said, the books I have been sent I'm really, really excited about so look out for reviews coming in the first couple of months of 2013. In this installment I'm focusing in paranormal, horror and darker contemporary stories.

I'm a big Frankenstein fan so I'm very interested to see if Rought can breathe new life into the classic monster story. I really, really hope this one is as good as it has the potential to be! 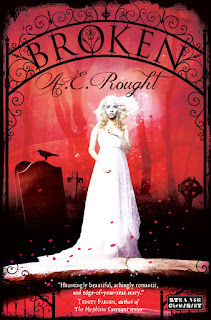 Summary: A string of suspicious deaths near a small Michigan town ends with a fall that claims the life of Emma Gentry's boyfriend, Daniel. Emma is broken, a hollow shell mechanically moving through her days. She and Daniel had been made for each other, complete only when they were together. Now she restlessly wanders the town in the late Fall gloom, haunting the cemetery and its white-marbled tombs, feeling Daniel everywhere, his spectre in the moonlight and the fog.

When she encounters newcomer Alex Franks, only son of a renowned widowed surgeon, she's intrigued despite herself. He's an enigma, melting into shadows, preferring to keep to himself. But he is as drawn to her as she is to him. He is strangely... familiar. From the way he knows how to open her locker when it sticks, to the nickname she shared only with Daniel, even his hazel eyes with brown flecks are just like Daniel's.

The closer they become, though, the more something inside her screams there's something very wrong with Alex Franks. And when Emma stumbles across a grotesque and terrifying menagerie of mangled but living animals within the walls of the Franks' estate, creatures she surely knows must have died from their injuries, she knows.

With a tagline of 'If Stephen King wrote YA' I couldn't resist this one - everybody knows what I huge Stephen King fan I am, so I hope the tagline isn't an exaggeration... 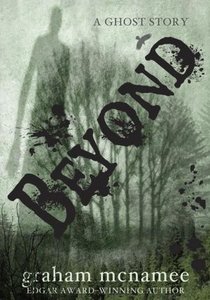 Summary: Jane is not your typical teen. She and her best friend Lexi call themselves the Creep Sisters. Only Lexi knows why Jane is different from anyone else: Her own shadow seems to pull her into near-fatal accidents. Jane is determined to find out why these terrifying things happen, and to overcome her shadow enemy. Her sleuthing with Lexi connects her own horrors to the secret history of a serial killer.

Ahhh, the final book in the Drake Chronicles, the only vampire series I've stuck with - I cannot WAIT to read this! 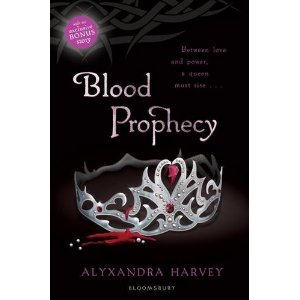 Summary: Solange Drake will not claim her birthright; she will not be queen as vampire tradition dictates. But change always comes at a cost . . . Possessed by a vengeful twelfth-century witch, Solange commits heinous crimes against the vampire tribes that she pledged to empower. Motives are questioned. Trust is broken. The treaty between the Drakes and the Helios-Ra is under threat. Solange must escape the folds of memory and time and fight for the fate of the royal crown - and win. Her destiny, and her heart, depends on it.


Siege has got me well and truly intrigued. It doesn't sound like my usual read but I do like a dark tale so I'm very interested to see what I think. 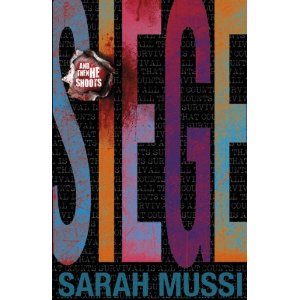 Summary: Leah Jackson - in detention. Then armed Year 9s burst in, shooting. She escapes, just. But the new Lock Down system for keeping intruders out is now locking everyone in. She takes to the ceilings and air vents with another student, Anton, and manages to use her mobile to call out to the world.

Outside, parents gather, the army want intelligence, television cameras roll, psychologists give opinions, sociologists rationalize, doctors advise - and they all want a piece of Leah. Soon her phone battery is running out; the SAS want her to reconnoiter the hostage area ... But she is guarding a terrifying conviction. Her brother, Connor, is at the center of this horror. Is he with the Eternal Knights or just a pawn?

She remembers. All those times Connor reached out for help ... If she'd listened, voiced her fears about him earlier, would things be different now? Should she give up her brother?

With only Anton for company, surviving by wits alone, Leah wrestles with the terrible choices ...