So, last Thursday I was lucky enough to be invited to the Chicken House Little Breakfast. I've always missed these events as I haven't been able to get up to London but this one took place in Bath, right on my doorstep! It's so nice for a publishing event to actually take place outside London and I really appreciate that Chicken House make the effort to hold events all around the country, so everybody has a chance to attend.

I met up with the very lovely Sophie from So Many Books, So Little Time to walk to the event and had SO much fun. It's definitely one of the best events I've been to and I had such a brilliant morning. One of my wonderful writing group buddies was also there, which was a lovely surprise, and I got to talk to so many fantastic authors, editors, publicists and bookish types. I was absolutely buzzing by the time we had to leave and I just want to say a huge, huge thank you to everybody at Chicken House for inviting me and putting on such a great event. You guys rock!

While I was at the event I got a sneak peek at some of the books Chicken House are releasing over the next six months and, oh dear lord, they are spoiling us. With their usual blend of every conceivable genre spread about both YA and MG, I think this might be Chicken House's best year yet. Take a look below for seven of the titles I'm most excited about: 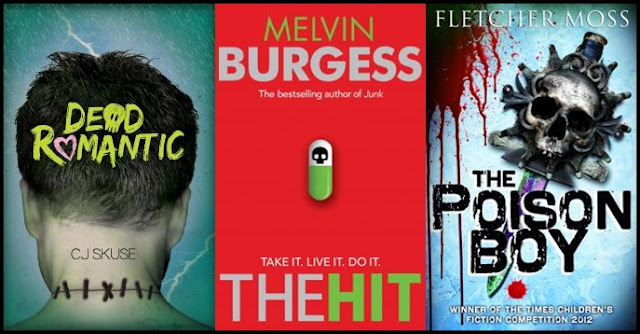 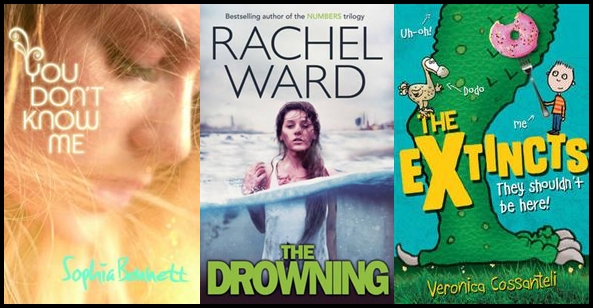 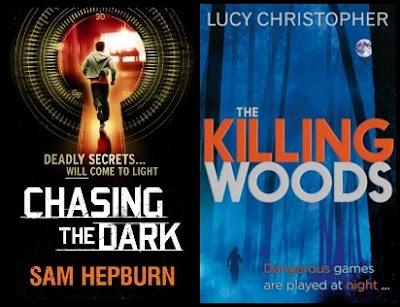 The Killing Woods wasn't mentioned at the Chicken House Breakfast as it's not coming out until September this year but I CANNOT wait for it so thought I'd include it :).

So which books are you most looking forward to from Chicken House? The two I'm most excited about are You Don't Know Me by Sophia Bennett and The Hit by Melvin Burgess but, honestly, I'm counting down the days for ALL of those I've featured. I was actually lucky enough to snaffle early proofs of You Don't Know Me, The Drowning and Chasing the Dark so I'll absolutely be diving into them soon!
Posted by CarlyB at 06:00