Good morning everybody! I'm here today with an extra special post from the amazing Philippa Gregory, as part of her blog tour for her upcoming release, Stormbringers. Stormbringers is the second installment in the Order of Darkness series and I'm absolutely delighted to be part of the blog tour. Book one, Changeling, was my favourite YA read of last year and I cannot tell you how excited I am to be hosting *the* Philippa Gregory at Writing from the Tub today!

But that's quite enough from me; here's Philippa to tell you all about her dream cast for the Order of Darkness series. 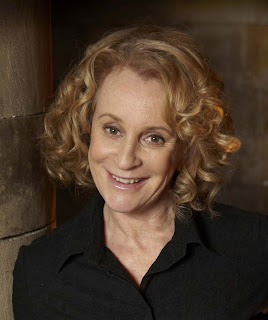 I am very fond of the quartet in the Order of Darkness series. Thinking about which actors would bring these characters to life was a lot of fun. Here are my dream casting choices for Luca, Freize, Ishraq and Isolde.

LUCA
Luca is the hero of the Order of Darkness series, so I wanted to get this just right. After much deliberation, I decided on Logan Lerman, best known for his role as Charlie in The Perks of Being a Wallflower. Luca is a brave and intelligent character, setting out on a journey that will bring him to unknown places and put him in great peril, but he has also had a sad life, as he has lost his parents and his home, so whilst he is a handsome young man there is also a certain kind of childish fragility in him.  Logan has blue eyes, whereas Luca has hazel eyes, but I’m sure coloured contact lenses would work.

FREIZE
Freize is a few years older than Luca and protective of his ‘little lord’. He is broad shouldered and square jawed and has a remarkable gift with animals. I think 23 year old Alex Pettyfer would be great.  Not only does he physically fit Freize’s description, he also has an air of cheekiness which would capture Freize’s witty side. Luca and Freize are like brothers so it’s essential that the actors playing both characters work well together, and I think Logan and Alex would make a good team.


ISHRAQ
Ishraq is mysterious, incredibly feisty and not afraid to speak her own mind. She has been educated in medicine, science and philosophy.  She can also fight extremely well, able to use a longbow and knives and can take on male adversaries with ease. I envisage an actress like Selena Gomez or Vanessa Hudgens playing the part of Ishraq, as they both have caramel skin, dark eyes and hair and have a certain sassiness which reflects Ishraq’s confidence.

ISOLDE
Last, but by no means least, is Isolde, who was brought up by her father to inherit Lucretili Castle but is forced by her brother to become a Lady Abbess instead. She is incredibly beautiful, and there are a wealth of young blonde starlets to choose from to play her - but not many with Isolde’s blue eyes and so my choice for Isolde is a little left field - it’s Taylor Swift.  Blonde hair, gorgeous blue eyes, ethereal beauty and inner confidence. She might be a little busy with her music career but we might be able to persuade her. Another actress that I considered for the role is Willow Shields, who plays the role of Primrose Everdeen so well in The Hunger Games films. At only 13 years old though she is slightly too young, but in the future would definitely be a fantastic fit for Isolde.

Well, there you have it folks, Philippa Gregory's dream casting for the Order of Darkness series. Obviously seeing Taylor Swift on the list made me do a little happy dance. Could I adore that girl any more? No, no I couldn't. And Logan Lerman as Luca? Perfect.

I want to say another huge thank you to Philippa for stopping by at Writing from the Tub; it's an absolute honour to host the final stop on her blog tour for Stormbringers! 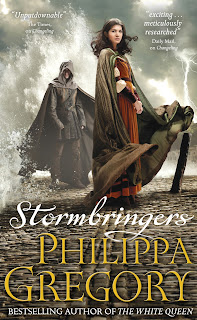