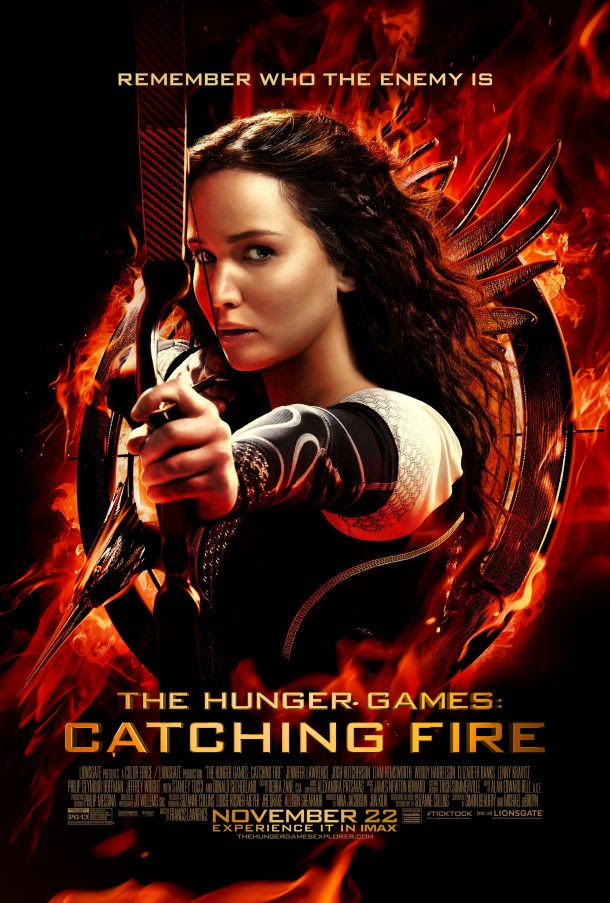 I missed this one when it was out in the cinema. I know, right? I've just finished watching it at home and I do wish I'd seen it on the big screen, though it still looked pretty nifty on the decidedly smaller one in my living room.

What I like most about the Hunger Games film franchise (so far) is that it stays true to the books, while adding in a few subtle changes that enhance Suzanne Collins' original story - I guess this could be partly down to Collins being one of the scriptwriters. Catching Fire doesn't stray far from the book and I was glad to see this, as Catching Fire is my favourite book of the trilogy. I was a little worried that the film wouldn't quite do it justice but my worries were abated within the first half an hour or so, when I was completely transported from my living room to Panem, once again.

The casting in Catching Fire is so strong, and it's the ensemble cast that makes this such a brilliant movie. Jena Malone is a revelation as surly, aggressive Johanna Mason and Sam Claflin really is Finnick - I can't think of anybody else in the movies who fits their role more perfectly. Mags and Wiress both broke my heart in two, as they did in the books, and I wish Lenny Kravitz and Elizabeth Banks could have a prequel spin-off! Well, obviously we know how things turn out for Cinna but, yeah. SAD FACE.

The film looks gorgeous and the design of the arena really helps with this. Rich, full greens and blues from the forests and oceans - visually, it's a treat to watch. In fact, the whole thing's a darn treat. I had a huge to-do list of things to work through this morning and decided to stick the film on in the background... Two hours later and my eyes hadn't strayed from the screen and my list was just as long as when I woke up. Oops.

Still, shall we take a look at Sam Claflin in action; can you blame me? 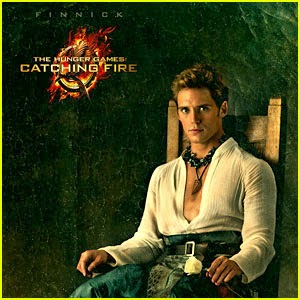 I think I might go out on the limb here and say I actually preferred Catching Fire to The Hunger Games, fancy that! Full speed ahead for Mockingjay: Part One, which is due out this November. With the same director at the helm, I'm fully convinced it will be just as great as the first two films.

There's only one thing left to say really; Philip Seymour Hoffman, you are and will always be greatly missed.
Posted by CarlyB at 15:03