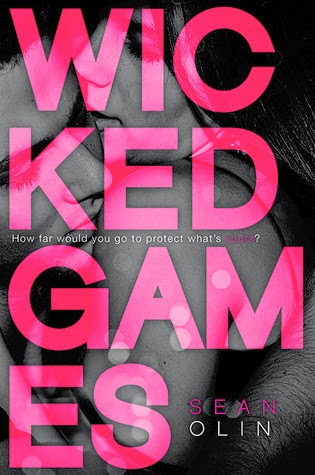 Published: June 5th 2014, HarperCollins (Goodreads advised a release date of June 10th but this became available on Amazon on the 5th!)

Pages: 352 pages, ebook
Standalone/Series: This is actually book one of a series but it could easily be read as a standalone

Summary (from Goodreads): Wicked Games is the first book in a sexy thriller series where passion, lies, and revenge collide-perfect for fans of Simone Elkeles and Sara Shepard.
To all the locals in the small beach town of Dream Point, Carter and Lilah seem like the perfect It Couple-but their relationship is about to brutally unravel before everyone's eyes.Carter has always been a good guy, and while Lilah has a troubled past, she's been a loyal girlfriend for the last four years. When smart, sexy Jules enters the picture at a senior-year bash, Carter succumbs to temptation. And when Lilah catches wind of his betrayal, she decides that Jules needs to pay.By the end of the summer, the line between right and wrong will be blurred beyond recognition. Blood will be shed. Nothing in Dream Point will ever be the same.This juicy summer read will keep readers turning pages until the shocking, nail-biting finale.

My review: Since I read Brother/Sister a few years ago I've been really excited to read more from Sean Olin, so I couldn't wait to get my hands on Wicked Games. I did initially think this one was a standalone but apparently it's the first in a series - though if you're not a series fan this definitely works just fine as a standalone and it is a self-contained story.

So, what did I think? Well, it's a tricky one. I really did enjoy Wicked Games, I read it in a single sitting and I've found myself thinking about it a lot since. However, there are some glaring errors that I can't deny, so I think your enjoyment of this one will depend whether you're looking for gorgeous writing or a story you can't look away from. If it's the former, you'll probably be disappointed, if it's the latter you'll probably be hooked in, just like I was.

Lilah is described as 'troubled' and there's certainly a lot going on underneath the perfect exterior she likes to portray, we have a couple of references to her 'meds' but apart from that we don't get to find out much about Lilah's issues. However, after her long-term boyfriend, Carter, betrays her in the worst way possible, all bets are off and Lilah sees red.

Lilah will stop at nothing to get revenge on Carter and the girl he cheated on her with, Jules. To be fair, I know Lilah's a bit...shall we say unstable? But I sure as hell preferred her to Jules. Jeez, I'm not sure if we were supposed to like this girl or find her awful, but I couldn't stand her. She's the dullest type of manic pixie dreamgirl you can imagine - Lilah might be psychotic but at least she was entertaining!

Look, I could go into the confusing viewpoint in Wicked Games, or the fact none of the characters were particularly likeable, but a story like this is for pure entertainment, and it did entertain me. I was gripped throughout the book and I couldn't wait to see what unhinged thing Lilah was going to do next. The epilogue was really great and had the same 'NO WAY' effect that Brother/Sister's twisty turny ending did.

There are a lot of negative reviews out there for Wicked Games, but I'm going to fly my flag as a fan and say I was thoroughly entertained. Go crazy Lilah, you do your thing!
Posted by CarlyB at 13:30