So the YALC Readathon kicks off today and I hope to see as many of you taking part as possible! As you're reading this I'm hopefully squirreled away somewhere reading as many books on my list as possible, but for those of you who fancy a break from reading I've got a great guest post for you from the lovely Beth Reekles, discussing film and TV shows that have influenced her writing: 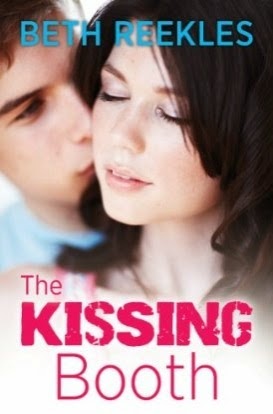 I get asked a lot why my books are set in America (it’s actually a really simple answer: when I got the idea for The Kissing Booth, I realised we don’t have kissing booths here in the UK; it’s an American concept. So, that story was set in America, and then I decided to set my others there too, because I had a big American fan-base by then). And setting my books in the USA, TV and film have had a substantial influence on my writing.

When you think about films starring sixteen-year-olds, it’s usually set in America, in high school environment. Or it’s dystopian, they’re fighting demons in NYC, or they’re British and in Hogwarts. There really aren’t a lot of teen movies set in British comprehensive schools, when you think about it.

As a British teenage girl, I grew up watching films like Clueless, Easy A, and Mean Girls, and TV shows like Gossip Girl, 90210, and Teen Wolf (I’m a compete sucker for that show) – I was surrounded by this kind of American high school culture. It’s kind of inescapable.

And growing up with those movies and TV shows gave me an insight into American high school culture – the different slang they use, the way they say ‘semester’ instead of ‘term’, or ‘pants’ instead of ‘trousers’. People ask me a lot if it was hard for me to write my books in an American setting, when I live in Wales, but it wasn’t that difficult – sure, maybe things like The Princess Diaries and 90210 give a slightly warped view of how high school really is for average American teens. But when you have so many of them to compare each other to, it’s easy to spot the similarities – even something as simple as when the main characters hang out between classes by their lockers.

I can’t say that there’s a specific movie or TV show that’s directly inspired my books. I probably picked up the idea of a kissing booth from the movie She’s The Man (that one never gets old!), but other than that, I’d say that I’ve been generally inspired to write by a lot of American-based teen movies and shows to help me get the right settings and characters for my books.

I do have a little list of movies I like to watch for inspiration – it’s short, but these movies are so much fun I could watch them a billion times over:

Easy A (seriously, who doesn’t love this movie?!)
For the First Time (Dylan O’Brien is a fantastic actor)
10 Things I Hate About You (two words: Heath Leger.)
Wild Child (a movie actually set in a British school! Admittedly a boarding school, but still – it counts)
The Art of Getting By (Freddie Highmore and Emma Roberts are just incredible)
John Tucker Must Die (soooo much fun to watch!)
Mean Girls (it is so fetch)

Thank you so much for taking the time to write this post, Beth! I totally agree with her list of movies to watch a billion times over - I could never, ever get bored of 10 Things I Hate About You or Mean Girls.

Beth will be at YALC so if you want to tell her in person how much you love her books check out the 'I'm too sexy for this book!' panel at 12.30pm on Sunday 13th July or at her signing at 1.15pm,also on the Sunday.