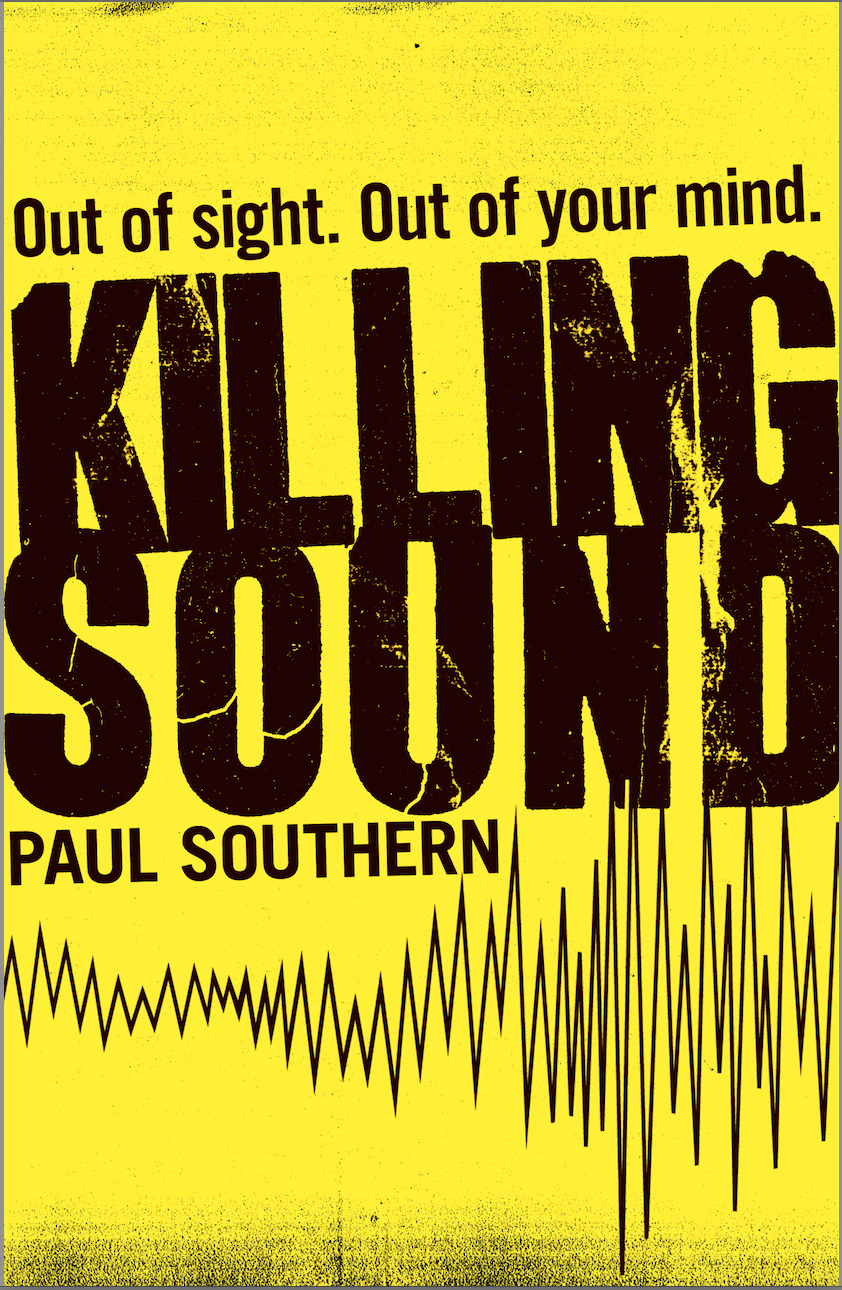 Summary (from Goodreads): Jodie is cursed with a terrible gift. She just doesn't know it yet. When she stumbles across one of her dead father's old papers on sound waves in the attic, it sets her on a terrifying journey to find out more, leading her across the streets of London to the dark, untrodden tunnels of the Underground, where she is forced to face the truth. Her worst nightmare is about to become real. Worse, she can hear it coming.

My review: As you know I'm a big fan of horror so I'm always excited to read any new releases. YA horror is hugely under-represented so it's always a treat to find a new one in my TBR pile. As such, I went into Killing Sound hoping to discover a creepy, well-written story that I'd be able to recommend to anybody looking for a new YA horror. Was I disappointed? Read on to find out...

Chicken House have this cool bit of marketing where they choose three words to sum up the book and print them on the back cover - such a good idea. For Killing Sound they've chosen 'spine-chilling', 'supernatural' and 'suspense' and I think they nailed it.

I find that a lot of YA horror tries and fails to deliver genuine scares but this is somewhere where Killing Sound really excels. It manages to create a real feeling of unease and parts of the book really did unsettle me. I like that Southern went more for creating a creepy atmosphere than relying on gore or cheap shocks to scare his audience - it helped the story feel more like an old-timey sci-fi horror, which is a huge plus in my book.

The idea of a horror story built around sound waves was something I've only come across a couple of times before and I found it such an interesting concept. I found myself thinking of JG Ballard's Track 12 and Roald Dahl's The Sound Machine while I was reading Killing Sound - both of which I definitely recommend!

Killing Sound felt like a horror novel on the more sophisticated end of the spectrum and I like that I was kept guessing right until the final pages. Speaking of which - THAT ENDING! I obviously can't give much away but, gee whizz, that's one I won't forget in a hurry. I was so engrossed by the end that, after I finished the epilogue, I had a moment where I was a bit shocked to find that I was reading a book rather than watching a film - it's just that immersive and visual and the narrative flows so easily that it feels like something you're experiencing in front of you, rather than reading.

So, to hark back to my earlier question - no, I definitely was not disappointed. Killing Sound is one of the most unique novels you'll read this year and I wholly recommend curling up with a blanket and hot chocolate and delving into this creepy, unsettling story.

Killing Sound by Paul Southern out now in paperback and eBook (£7.99, Chicken House). Find out more at doublecluck.com.

Make sure you swing by the other blogs on the list for the next stops on the blog tour!