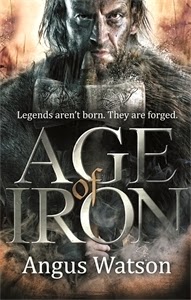 Pages: 520 pages, paperback
Series/Standalone: This is book one in the Iron Age series
Acquired: Kindly sent for review by the publisher

Summary (from Goodreads): Bloodthirsty druids and battle-hardened Iron Age warriors collide in the biggest epic fantasy debut release of 2014.
LEGENDS AREN'T BORN. THEY'RE FORGED.
Dug Sealskinner is a down-on-his-luck mercenary travelling south to join up with King Zadar's army. But he keeps rescuing the wrong people.
First, Spring, a child he finds scavenging on the battlefield, and then Lowa, one of Zadar's most fearsome warriors, who's vowed revenge on the king for her sister's execution.
Now Dug's on the wrong side of that thousands-strong army he hoped to join ­- and worse, Zadar has bloodthirsty druid magic on his side. All Dug has is his war hammer, one rescued child and one unpredictable, highly-trained warrior with a lust for revenge that's going to get them all killed . . . It's a glorious day to die.

My review: As most of you know I'm not much of a fantasy reader but I decided to give Age of Iron a go when it was pitched to me as something Game of Thrones fans will love. I've read and enjoyed every instalment of ASoIaF so far so I figured I'd give it a go and see if it stood up to the hype.

I went into Age of Iron with a few reservations (as I mentioned, I'm not a huge fantasy reader, I'm easily distracted and this is a pretty chunky book) but I'm pleased to say my reservations were unjustified, and Age of Iron is well worth adding to your TBR pile.

It's clear from the get go that Watson is an accomplished writer. He relies on stark imagery and blunt, direct prose to tell his story, which is refreshing change from the purple prose I've been disappointed by in some fantasy novels. Taking into account this is his debut novel, it makes it even more impressive.

Age of Iron is the first instalment in the series and it strikes that delicate balance of laying out series-length story lines, as well as having its own standalone plot lines. The ending was satisfying but left me wanting more, in a good way, not a frustrated way.

Age of Iron focuses on a section of history that is largely missing from novels and movies, so it was great to see Iron Age Britain brought to life. It was certainly a difficult, brutal era to live in and I loved learning more about that period of history through Watson's book, without feeling like I was reading a history textbook.

The characterisation in Age of Iron is strong, and I found myself warming to Dug from the outset. He might be a little rough around the edges but it's impossible to dislike him. He's got a mouth like a sewer and he's worn out and older than your average hero, which I really liked. It's nice to read about somebody with some life experience, rather than an eighteen year old 'chosen one' who can do no wrong.

This is a great book to lose yourself in as the evenings grow darker and the air gets more bitter. Curl up under a blanket and stop counting down the days until Game of Thrones returns to our screens, because delving into Age of Iron is a great way to spend a few evenings.

This review has been written as part of the Age of Iron blog tour, so have a look below to make sure you don't miss out on the rest of the tour! 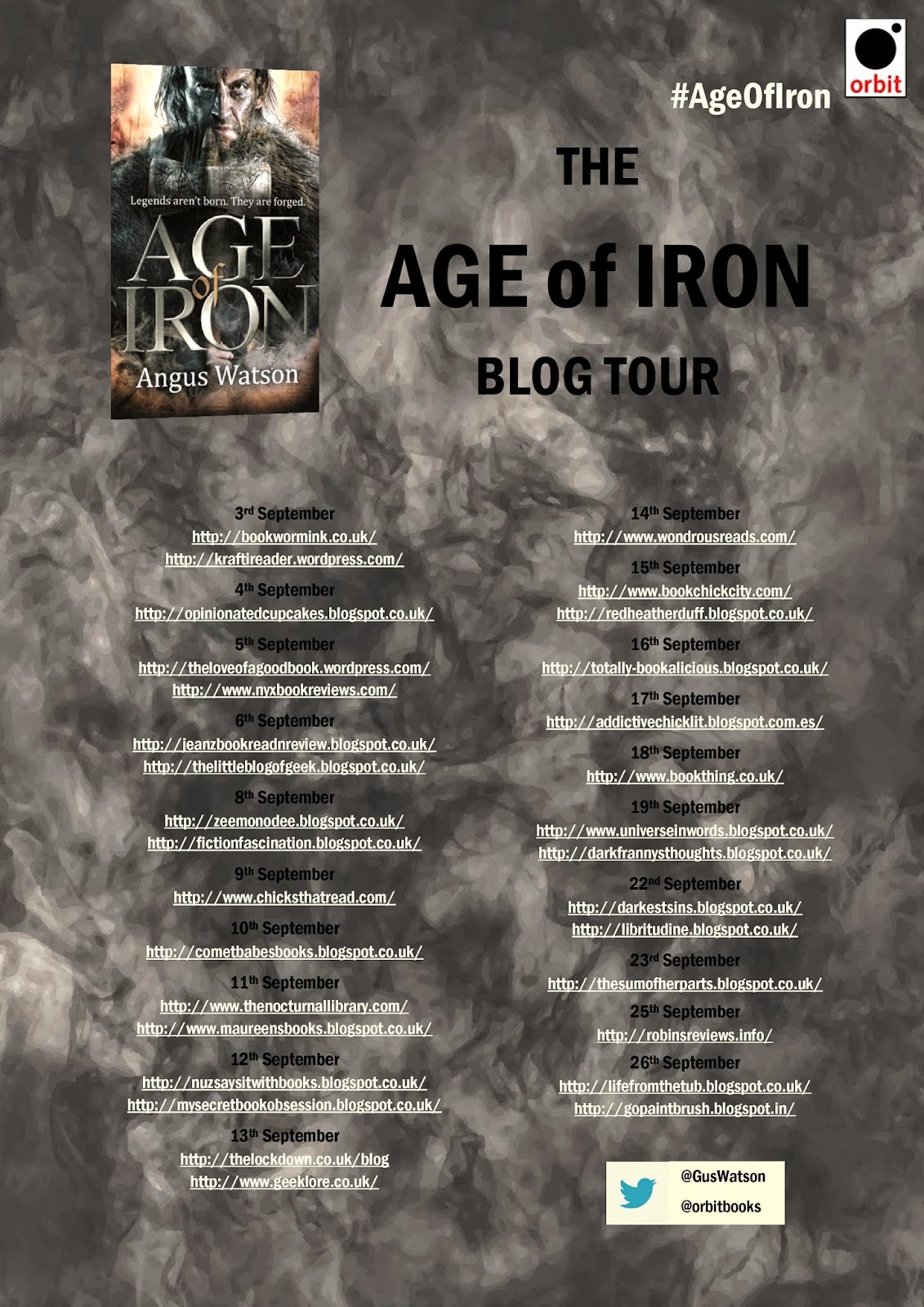